Congress general secretary Avinash Pande said on Monday that the legislators who are supporting the Ashok Gehlot government in Rajasthan would continue to stay together at a hotel till the Rajya Sabha election due to the alleged poaching threat from the BJP.

Mr Pande said the legislators had been staying like a family, adding that discussions on the future roadmap for the development of the state were being held at the hotel.

According to Mr Pande, the special operations group of the Rajasthan Police is investigating the alleged attempts to poach and destabilise the state government, and the report is likely to come soon.

Mr Pande said the Independent MLAs and legislators of other parties had supported the government, which took the number to 125 (including 107 Congress MLAs) in the House of 200.

"It was decided that the legislators will stay together so that the BJP's attempts, which the party did in Karnataka and Madhya Pradesh, could not succeed in Rajasthan," he told reporters at the JW Marriott hotel in Jaipur.

"We are staying like a family and this is a blessing in disguise," Mr Pande said, adding that the legislators had been kept after discussion with them.

Asked about the Food and Civil Supplies Minister Ramesh Meena's absence, Mr Pande said the Sapotra MLA was away due to some "personal reasons", but he was in touch and would will follow the party directions.

Meanwhile, a letter written to Mr Pande by MLA Bharat Singh surfaced on Monday, in which the legislator had pointed out that most of the Rajya Sabha MPs "do not even recognise" the legislators who elect them.

Mr Singh alleged that the upper House MPs had nothing to do with anyone after the elections get over.

In the letter written on June 11, the former minister said senior leaders of the party were focusing on the Rajya Sabha elections with seriousness despite the fact that two seats were sure to be won by the party.

He pointed out that the Congress could win the Lok Sabha election, too, if the party leaders started working in the same manner.

Asked about it, Mr Pande acknowledged that Mr Singh had written the letter and expressed his sentiments in a "positive way".

On the cabinet expansion, Mr Pande said discussion would be held at the right time.

Government chief whip Mahesh Joshi, who filed complaints alleging attempts to destabilise the state government, said he would elaborate on it once his statement is recorded by the special operations group of the police.

Sources said Joshi had handed over some evidence in connection with the alleged poaching attempts.

Chief Minister Ashok Gehlot has alleged that the BJP was conspiring to poach the MLAs in order to destabilise his government, a charge denied by the saffron party.

The MLAs were taken to a luxury resort last week for discussion on the June 19 Rajya Sabha election and were shifted to the JW Marriott on Friday.

The Congress has nominated KC Venugopal and Neeraj Dangi, while the BJP has fielded Rajendra Gehlot and Onkar Singh Lakhawat.

In the assembly of 200, the Congress has 107 MLAs and has the support of Independent MLAs and legislators of other parties like the Rashtriya Lok Dal, CPI(M) and the Bhartiya Tribal Party, taking the number of legislators on its side to 125.

The ruling Congress has more than enough majority to win two seats and the BJP, which has 72 MLAs and support of three Rashtriya Loktantrik Party MLAs, has the numbers to comfortably win just one seat. Car mechanic in Telangana kidnaps 9-yr-old boy for ransom, then kills him 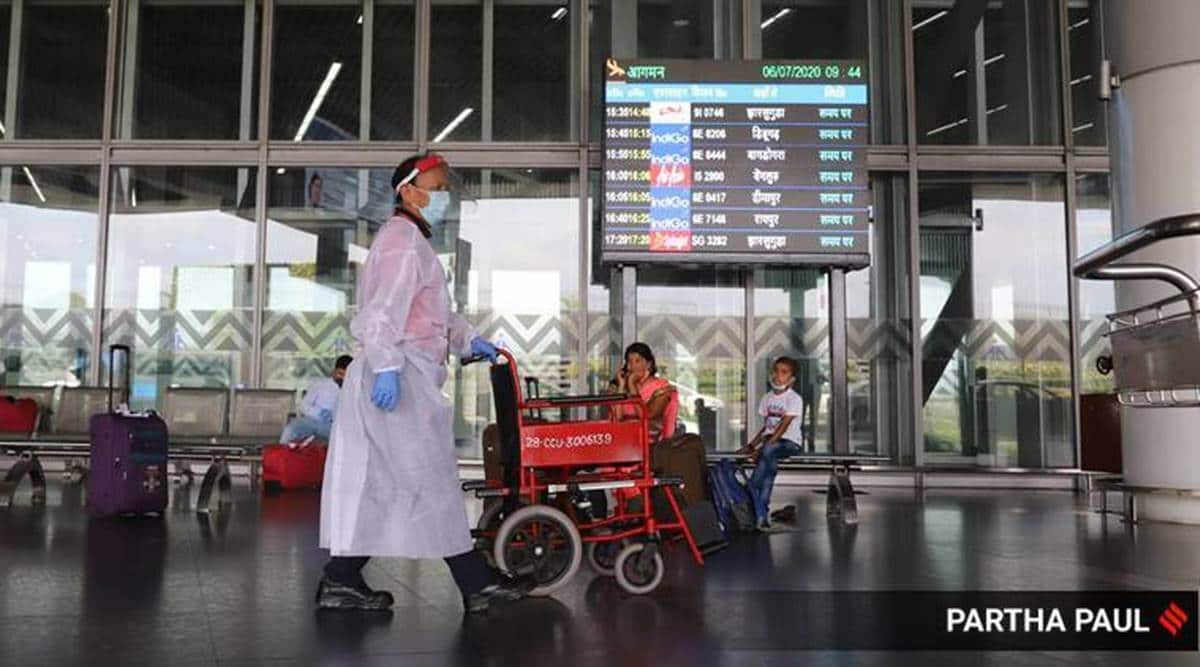 Centre allows all foreigners, except tourists, to enter India