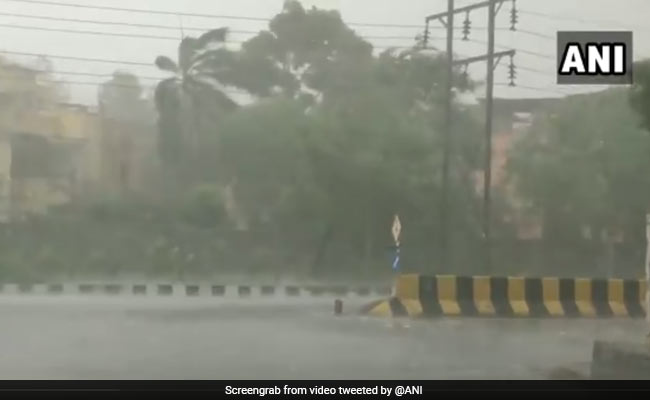 The sudden change in weather brought with it gusty winds, lightning, cheer and relief

Several places in the national capital and its adjoining areas received light to moderate rainfall and thunderstorms with winds gusting up to 50 km/hr, bringing much-needed respite from the soaring temperatures.

The weather office has predicted rain and thunderstorms with wind speed up to 60 km/her in Delhi, Ghaziabad, Gurgaon, Manesar, Faridabad and Noida in the National Capital Region in the next two hours.

Panipat, Karnal, Rohtak and Charkhi Dadri in Haryana, and Mathura, Bulandshahr and Aligarh in Uttar Pradesh are also expected to receive rains with thunder and dust storms among other places, the weather office said.

The sudden change in weather with rain and thunderstorms was brought on by the influence of a cyclonic circulation over north Rajasthan, and a trough running from north Pakistan to a low pressure area over the Bay of Bengal, the India Meteorological Department said, reported PTI.

Overjoyed, people flooded Twitter with photos and videos of rain that brought with it gusty winds, lightning, cheer and relief.

"It was Delhi's version of cyclone. Rain would be an understatement. #DelhiRains," one user wrote on Twitter.

It was Delhi's version of cyclone.
Rain would be an understatement. #DelhiRainspic.twitter.com/qHFhmfOseB

Another user posted: "Our window glass cracked due to heavy rainstorm. Stay safe everybody."

Our window glass cracked due to heavy rainstorm. Stay safe everybody. #Delhi#Rain#Storm#Windpic.twitter.com/YyGWIRmqJP

The mercury is expected to stay low in the next few days as moisture-laden easterly winds due to the low pressure area in the Bay of Bengal will bring rains in Delhi-NCR on June 12 and June 13, the weather office said, adding, a heat wave is not expected in the capital till June 15.