A gas station, hotel and bar were among many fixtures gutted in the town, which dates to California’s Gold Rush era.

A three-week-old wildfire engulfed a tiny Northern California mountain town, wiping out historic buildings and leaving much of the downtown in ashes, while a new wind-whipped blaze also destroyed homes as crews braced for another explosive run of flames on Thursday in the midst of dangerous weather.

The Dixie Fire, swollen by bone-dry vegetation and 64kmph (40mph) gusts, raged through the northern Sierra Nevada community of Greenville on Wednesday evening. A gas station, hotel and bar were among many fixtures gutted in the town, which dates to California’s Gold Rush era and has some structures more than a century old.

Plumas County Supervisor Kevin Goss wrote on Thursday on Facebook that the fire “burnt down our entire downtown. Our historical buildings, families homes, small businesses, and our children’s schools are completely lost.” 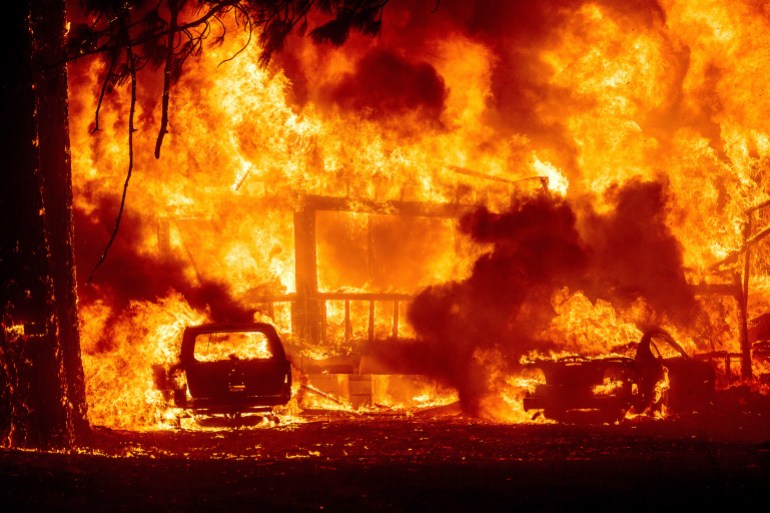 Flames consuming a house on Highway 89 as the Dixie Fire tears through the Greenville community of Plumas County, California [Noah Berger/AP Photo]

Officials could not immediately say how many buildings were razed, but photos and video from the scene indicate the destruction was widespread.

“We lost Greenville tonight,” US Representative Doug LaMalfa, who represents the area, said in an emotional Facebook video. “There’s just no words.”

As the fire’s north and eastern sides exploded on Wednesday, the Plumas County Sheriff’s Office issued a warning online to the town’s approximately 800 residents: “You are in imminent danger and you MUST leave now!”

The growing blaze that broke out on July 21 was the state’s largest current wildfire and had blackened more than 1,305sq km (504sq miles). It had burned dozens of homes before making its new run.

“We did everything we could,” fire spokesman Mitch Matlow said. “Sometimes it’s just not enough.”

About 160km (100 miles) to the south, officials said between 35 and 40 homes and other structures burned in the fast-moving River Fire that broke out on Wednesday near Colfax, a town of about 2,000 residents. Within hours it ripped through nearly 10sq km (4sq miles) of dry brush and trees. There was no containment and about 6,000 people were under evacuation orders across Placer and Nevada counties, according to the California Department of Forestry and Fire Protection. 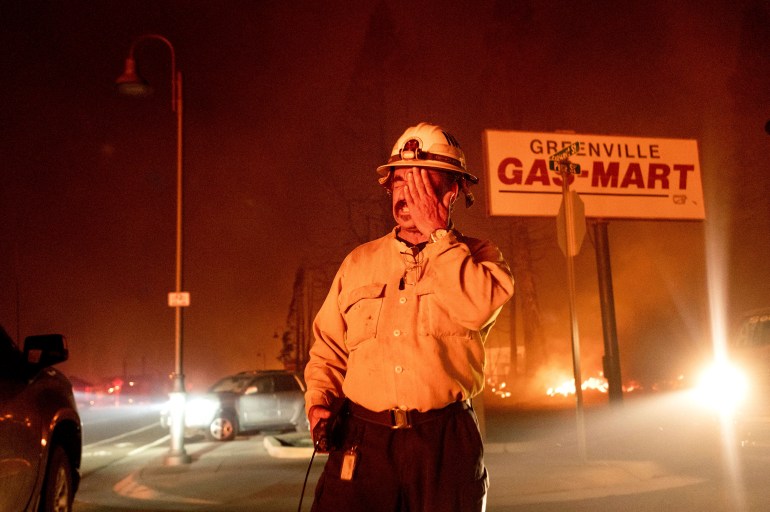 Early in the week, some 5,000 firefighters had made progress on the Dixie Fire, saving some threatened homes, bulldozing pockets of unburned vegetation and managing to surround a third of the perimeter.

More fire engines and bulldozers were being ordered to bolster the fight, Matlow said. On Wednesday, the fire grew by thousands of acres and an additional 4,000 people were ordered to evacuate, bringing nearly 26,500 people in several counties under evacuation orders, he said.

Red flag weather conditions of high heat, low humidity and gusty afternoon and evening winds erupted on Wednesday and were expected to be a continued threat.

Similar risky weather was expected across Southern California, where heat advisories and warnings were issued for interior valleys, mountains and deserts for much of the week.

Heatwaves and historic drought tied to climate change have made wildfires harder to fight in the US’s west. Scientists say climate change has made the region much warmer and drier in the past 30 years and will continue to make weather more extreme and wildfires more frequent and destructive. 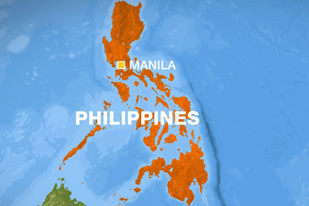 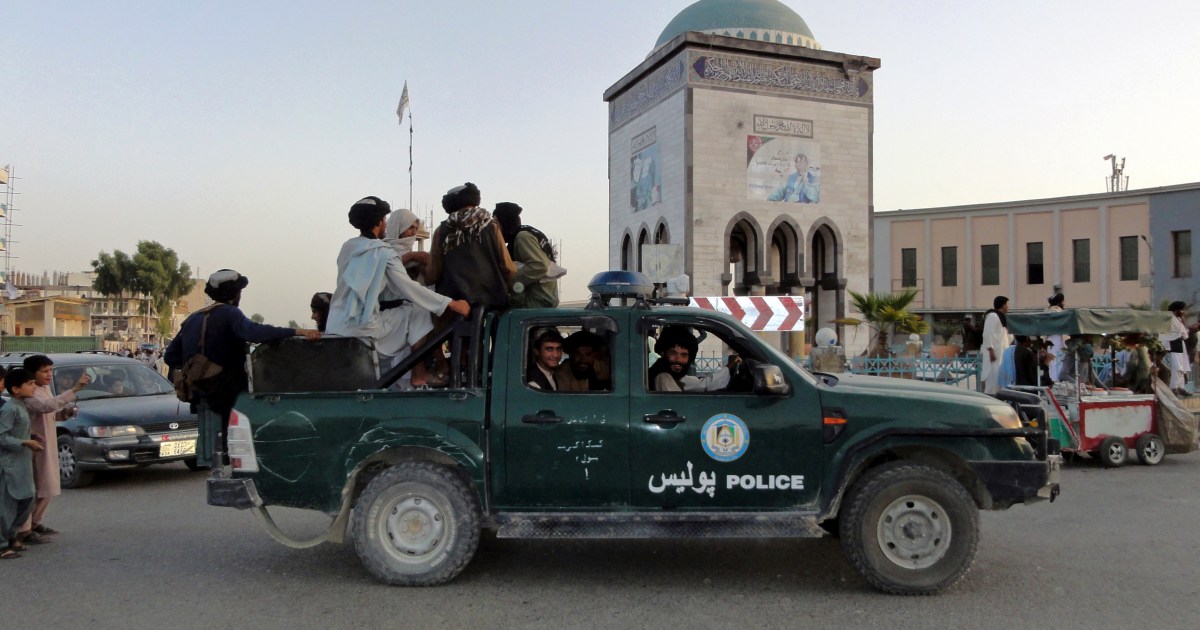 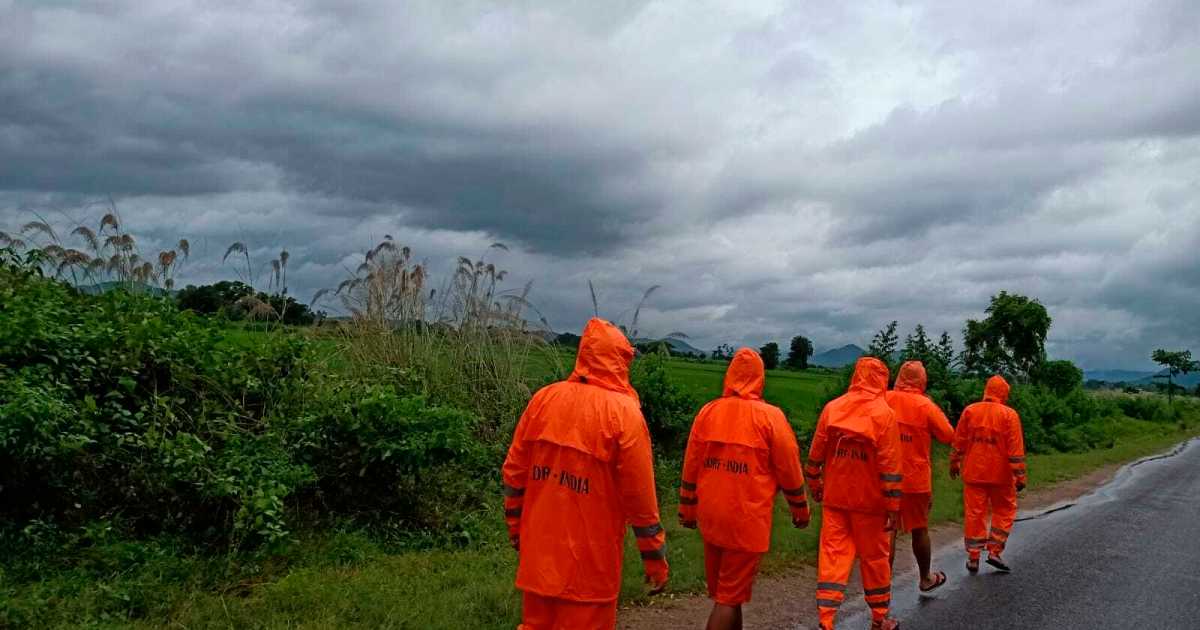