Federal prosecutors announced charges Wednesday against three men accused of threatening and intimidating women who have accused R&B singer R Kelly of abuse, including one man suspected of setting fire to a vehicle in Florida.

A longtime friend of the indicted singer allegedly offered to pay a victim $500,000 to keep her from cooperating in Kelly's prosecution, authorities said, while a manager and adviser of Kelly threatened to release sexually explicit photographs of a woman who sued Kelly.

A Kelly defence lawyer said he had "no involvement whatsoever" in any attempt to silence witnesses.

"He hasn't attempted to intimidate anyone, or encouraged anyone else to do so," lawyer Steve Greenberg said on Twitter.

The Grammy-award winning musician has pleaded not guilty to dozens of state and federal sexual misconduct charges in Illinois, Minnesota and New York. 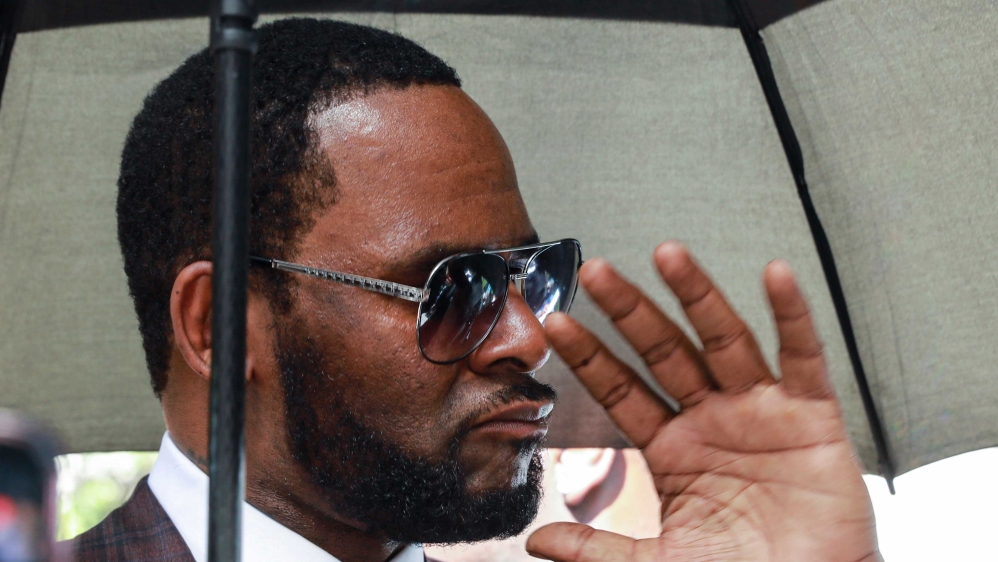 The charges range from sexual assault to heading a racketeering scheme aimed at supplying Kelly with girls. Kelly also is accused of having unprotected sex with a minor in 2015 without disclosing he had herpes.

Prosecutors described a third man accused of intimidating witnesses as being related to a former Kelly publicist. They said Michael Williams, 37, of Valdosta, Georgia, travelled to Florida in June and set fire to an SUV parked outside a residence where one of Kelly's victims was staying.

Williams also conducted internet searches for "the detonation properties of fertilizer and diesel fuel, witness intimidation and witness tampering and countries that do not have extradition with the United States", authorities said in a news release.

A message was sent to Williams' lawyer seeking comment.

"The men charged today allegedly have shown that there is no line they will not cross to help Kelly avoid the consequences of his alleged crimes - even if it means re-victimizing his accusers," Peter Fitzhugh, special agent in charge of the Homeland Security Investigations in New York, said in a statement.

Also charged were two Illinois men with ties to Kelly. His longtime friend, Richard Arline Jr, 31, is accused of offering to pay off a woman he believed had "too much" incriminating information against Kelly.

Authorities said they set up a wiretap and recorded a call in which Arline claimed he had spoken with Kelly behind bars during a three-way call.

Donnell Russell, 45, of Chicago, is charged with harassing a Kelly victim and her mother after the unidentified woman filed a lawsuit against Kelly. Authorities said Russell, a manager and adviser to Kelly, sent a letter to the woman's lawyer with cropped nude photographs of her and later sent her a text warning her: "Pull the plug or you will be exposed."

It was not immediately clear whether Russell and Arline had lawyers who could comment on the charges.