"Profiteering Off Its People": Sonia Gandhi's Letter To PM On Fuel Prices 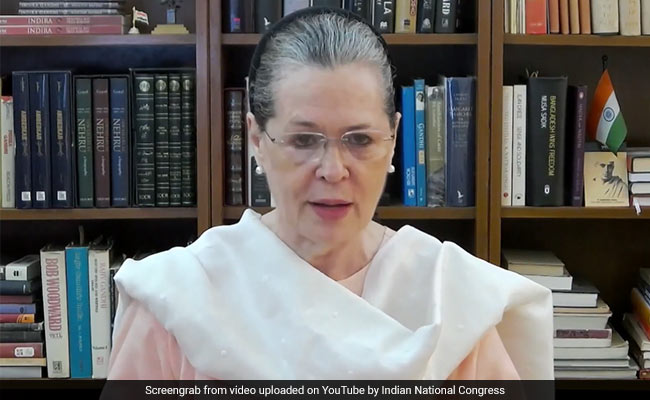 Congress president Sonia Gandhi, in a sharp letter to Prime Minister Narendra Modi on successive fuel price hikes over the past week, said she saw "no logic" in such an increase in the time of COVID-19 and accused the government of "profiteering off its people" when they are down and out.

"I see no logic in why the government would even consider such a price increase at a time when the economic impact of COVID-19 is depriving millions of jobs and livelihood, devastating business bit and small, rapidly eroding the income of the middle class, even as farmers are struggling to sow the crop of the kharif season," the Congress president wrote.

"Given that the international price of crude oil has fallen by approximate nine per cent over the last week (coming after a collapse of crude oil prices over the last few months), the government is doing nothing short of profiteering off its people - when they are down and out."

Congress President Smt. Sonia Gandhi writes to the Prime Minister urging the govt to immediately roll back hikes on fuel prices & pass the benefit of low crude oil prices to the citizens. pic.twitter.com/NQstx7v5Ac

The government was seeking to earn an additional revenue of nearly Rs 2,60,000 crore by the "ill-advised hikes", she said, saddling people with an additional burden that is "neither justified nor appropriate".

"If ever there was a time to deploy these resources in the service of people, it is now."

Urging PM Modi to roll back the fuel hikes and pass on the benefits of low prices to the people, the Congress president said: "If you wish for them to be self-reliant, then do not place financial fetters on their ability to move forward."

Youth gunned down in Srinagar, act of gang war: Police

Summer Restaurant Openings: Where to Dine Out Now