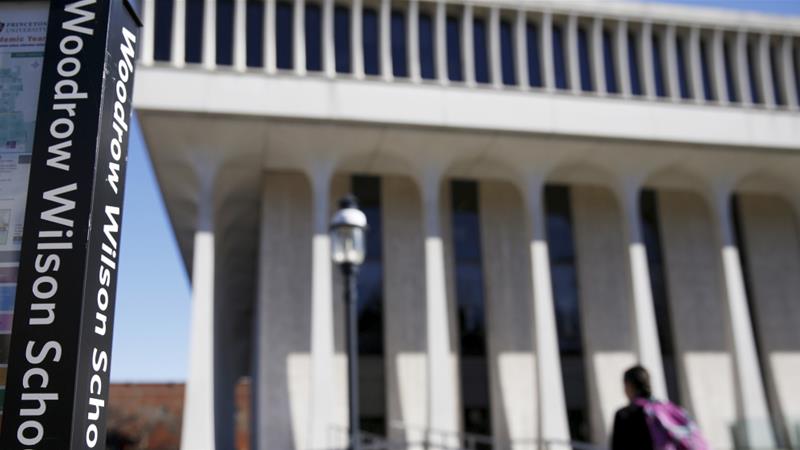 Princeton University has said it will remove the name of Woodrow Wilson from its public policy school and a residential college, calling the former US president a racist.

The Ivy League school's board of trustees "concluded that Woodrow Wilson's racist thinking and policies make him an inappropriate namesake for a school or college whose scholars, students and alumni must stand firmly against racism in all its forms," the university president, Christopher Eisgruber, said in a statement.

Wilson served two terms as US president from 1913 to 1921. He was the founding father of the League of Nations, a forerunner of the United Nations, and embodied the end of American isolationism.

But the 28th US president also supported racist policies, notably allowing segregation in federal agencies even after they had been racially integrated for decades.

"He not only acquiesced in, but added to the persistent practice of racism in this country, a practice that continues to do harm today," Eisgruber said.

The New Jersey university will now be home to the Princeton School of Public and International Affairs.

A residential college named after Wilson will be known as First College.

Since the May 25 death of George Floyd, an unarmed Black American killed by a white police officer who knelt on his neck, the United States has been swept by civil unrest with protesters demanding the end of systemic racism.

Businesses and institutions have been examining their roles in perpetuating injustice.

The efforts are even gaining ground in highly conservative places like Mississippi, where politicians on Saturday took procedural steps to redesign the southern state's flag, which prominently features a Confederate emblem.

Governor Tate Reeves has said he will sign any bill passed by legislators to change the banner.