Police forces are planning their own contact tracing system over concerns the government's test and trace scheme could place officers in danger, Sky News has learned.

Under the plans, police officers who test positive for COVID-19 would not give their contacts to NHS contact tracers, but would instead inform their police force who would take over contact tracing to identify anyone at risk of catching the virus.

The plans, which are being developed by national police organisations, could see police forces take over all contact tracing for police officers and staff, according to a source close to the matter. 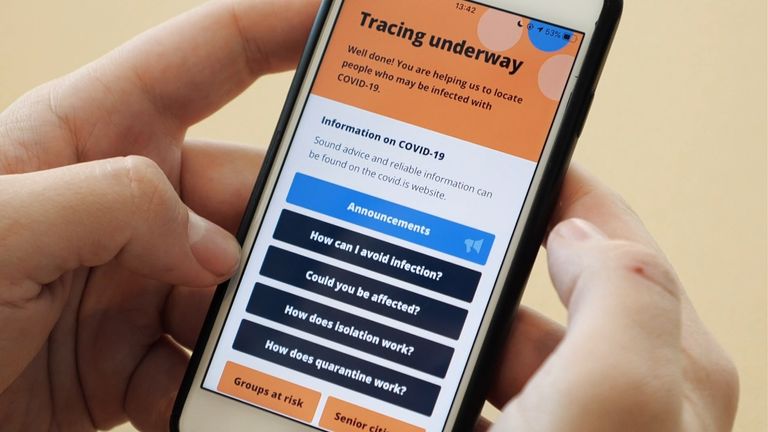 Another option being discussed is seconding staff from NHS test and trace to police forces, although police chiefs doubt Public Health England (PHE) has the resources to make this possible.

Police forces are concerned strict application of contact tracing rules could see entire stations or units having to shut down, and that contact tracing could compromise sensitive information.

"There's a host of areas we have to be very careful," said the source, naming undercover operations, counter-terrorism, confidential source handling and high-profile victims and offenders as areas of concern.

The source added: "If I'm working undercover with another officer, giving those details across could give away not just their information but the methodology of how we work, which would put people in danger."

The National Police Chiefs Council denied it was setting up a separate contact tracing operation and that officers would use NHS Test and Trace "at the outset".

A spokesperson said it was "in discussions" with PHE about how to protect sensitive information, and that it had proposed that officers deal with a "national vetted public health outbreak team" rather than ordinary contact tracers.

But public health experts said the news raised questions about the entire test and trace system, which is being run by a collection of private companies overseen by PHE. "Contact tracing systems are based on trust," said Allyson Pollock, director of Newcastle University's Institute of Health and Society.

"This tells you that the police don't trust the system and don't believe data will not be shared more widely, not just with the call handlers but the whole system.

"I think the public needs to be asking very serious questions about this."

Kent Police confirmed to Sky News it has told officers who test positive for COVID-19 "not to disclose details of any police officers and staff they may have had contact with or any other operational details" to NHS contact tracers. 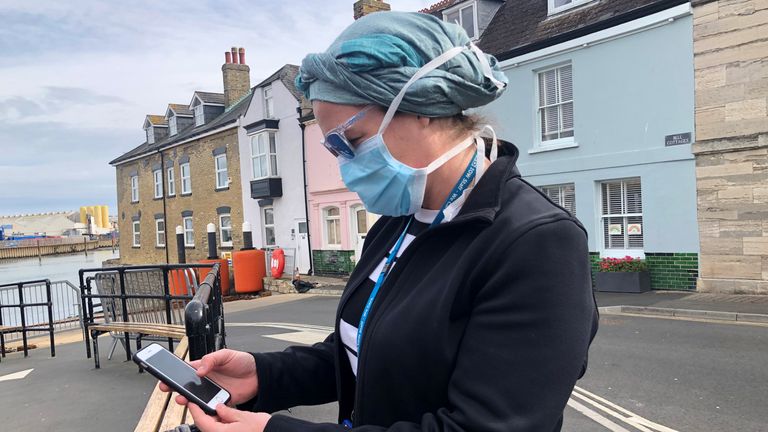 Image: NHS workers are able to track people who have tested positive for COVID-19

Assistant Chief Constable Claire Nix said officers and staff would be "dealt with differently to members of the public".

She said: "This is because police officers will most likely come into contact with the virus in the course of their duties, when they are wearing personal protective equipment and practising social distancing." 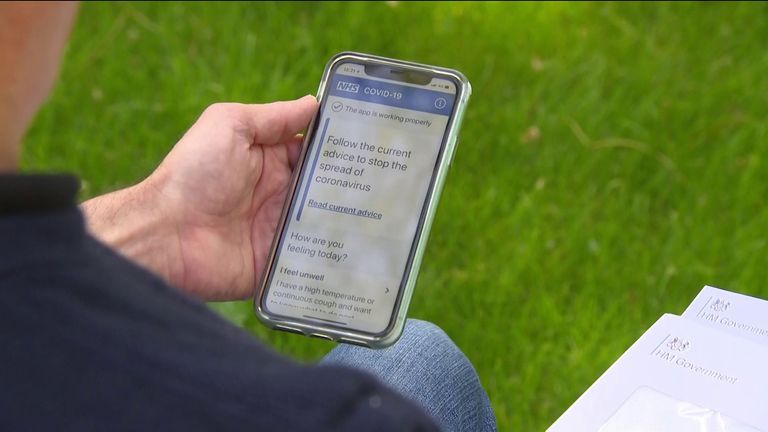 Image: Police are worried counter-terrorism operations could be put at risk by the government's tracing system

The police source said forces might pass some officers who have tested positive to local teams, while keeping contact tracing for officers in sensitive roles in-house, but added this was all to be decided.

"The guidance hasn't been written yet," the source said. "Kent Police have jumped the gun."

Government guidance on the test and trace service suggests emergency service workers will be classified as "complex" and referred to local public health experts, but it has not been clear how this will work in practice.

NHS test and trace head Dido Harding said the online form used by the service would detect who has been asked to give up their contacts.

"If you put into the online form to say that you work in health or social care or work in a prison, for example, that will immediately be escalated to specialist health protection teams in the local area," she told the Health and Social Care Committee.

Labour MP Taiwo Owatemi, who sits on the committee, called on the government to review its contact tracing system, saying people - including the police - have to trust it and trust data is stored safely.

A Department of Health spokesman said: "The NHS test and trace service is for everyone, including police officers."

He said any emergency services worker with symptoms should self-isolate and take a test, and anybody who tests positive will be contacted and asked to provide details of their recent contacts.

The National Police Chiefs' Council said it was "in ongoing discussions" with PHE about how the NHS test and trace service will work for police officers in cases where there may be "operational or security issues to consider". 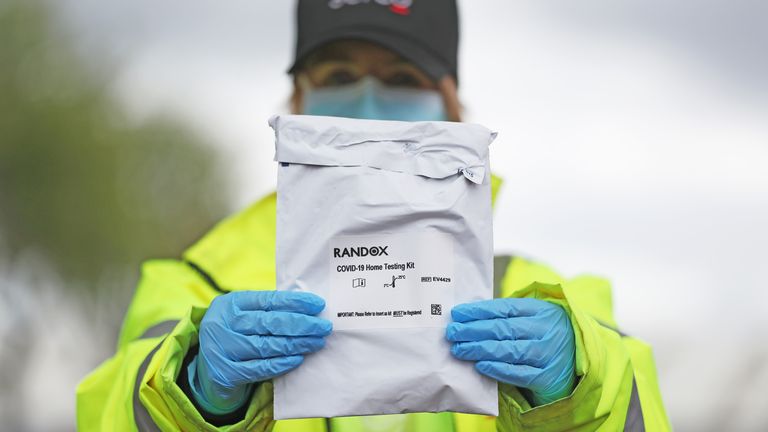 Image: Police forces are concerned the track and trace system could have ramifications for operations

A spokesman said: "To be clear, police forces are not setting up a contact tracing system for officers which is separate to the NHS Test and Trace service.

"In order to ensure information about policing activity and the privacy of members of the public is protected, police officers and staff will not be able to disclose sensitive information to the NHS Test and Trace service.

"The NPCC is in discussions with Public Health England to resolve this issue, and has proposed a system whereby police officers and staff in certain roles have their cases referred to a national vetted public health outbreak team.

"Officers with symptoms will still be required to engage with the Test and Trace process at the outset.

"They will still be able to access appropriate medical advice and treatment if they have tested positive for coronavirus, or are made aware that they have come into contact with someone who has tested positive."

Despite the prime minister's promise that the scheme would be "world-beating", NHS test and trace has endured a troubled launch, with reports of computer failures and inadequate training for contact tracers.

Baroness Harding, who was appointed to lead the programme in early May, insisted the system would be a success, but was unable to provide any data to back up that assertion. 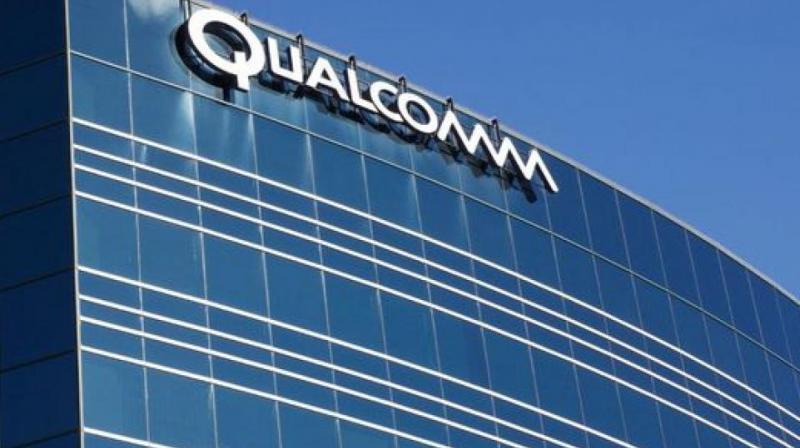