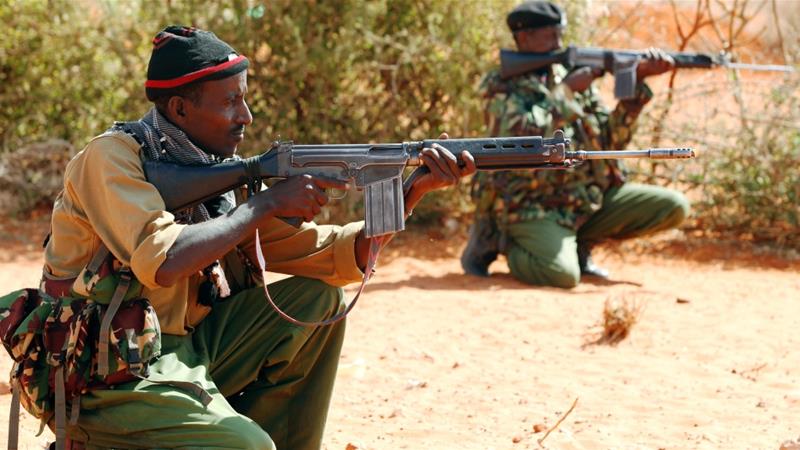 According to police, the shoot-out erupted as fighters were trying to destroy a telecommunications tower [File: Reuters]

A police reservist and two armed attackers have been killed in a gunfight in Kenya's northeast Mandera county near the border with Somalia.

Security official Jeremiah Kosoim said a young boy had also been injured on Sunday during the gunfight that erupted as fighters were trying to destroy a telecommunications tower in the area.

He did not give further details about the attackers, but Somalia-based rebel group al-Shabab has often targeted security forces and strategic sites, such as telecommunications masts, in the area.

The al-Qaeda-linked group has said it wants to put pressure on Kenyan authorities to withdraw its troops from Somalia, where they are part of an African Union-mandated peacekeeping force.

Al-Shabab, which has lost control of most major cities and towns in Somalia, is fighting to topple the UN-recognised federal government in Mogadishu.

How Kenya's artists are coping amid COVID-19 pandemic (3:09)

Qatar could get F-35s 'sooner or later': Israeli