"Police Have Taken Our Phone, Not Letting Us Come Out": Hathras Family 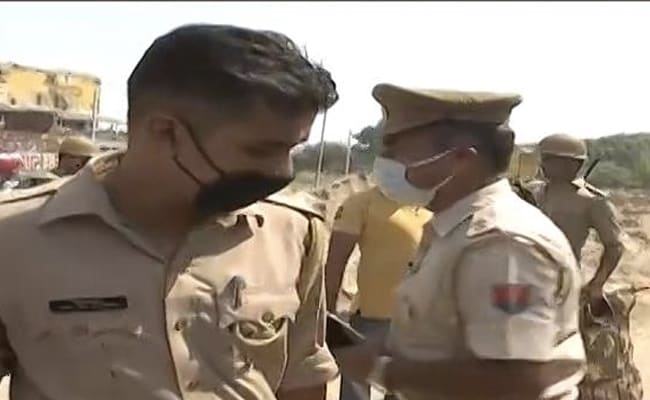 UP government has banned the entry of media inside Hathras village. (File)

The family member of Hathras incident victim have alleged that they are being stopped from speaking to media from every angle as the administration has imposed section 144 of CrPC in this village of Hathras.

Today morning, a minor from the victim's family was sent by the family members to reach out to the media anyhow and ask to connect with them. Moreover the minor revealed that they were allegedly asked to switch-off their mobiles have and some mobiles are being taken from them.

The family member crossed farmland to reach media waiting outside the entrance of the village following Section 144.

"They have taken the phone. My family have sent me here to call the media for speaking. I ducked down and came via the field. They are not letting us come out neither are they allowing the media to come in. They are threatening us as well," said the minor family member.

As he was speaking to the media, soon a police officer came and he fled from the spot.

When the media asked the police officer why they are being stopped from interacting with the family, they remained silent.

Uttar Pradesh Chief Minister Yogi Adityanath has banned the entry of media inside Hathras village as media has presented some important facts from the ground in front of the whole country, said Uttar Pradesh Congress.

"Today Yogi Ji has banned media's entry inside the village because the media presented some important facts from the ground to the whole country. They have also revealed things regarding Yogi Ji''s jungle raj. So now the media has been banned," Uttar Pradesh Congress tweeted (roughly translated from Hindi).

Hathras District Magistrate PK Laxkar on Thursday denied "negative rumours" about the rift between him and the family of the gangrape victim.

While talking to ANI, Mr Laxkar said that he has been regularly interacting with the family.

"I met with six family members of the victim yesterday and we spoke for about an hour and a half. I met with them again today to see their point of discontent. I deny the negative rumours which are rife about my interactions with them," the district magistrate said.

Hathras victim died in Delhi''s Safdarjung hospital. The post-mortem report reads that the victim suffered a fracture of "C6 cervical vertebra" and there was "extravasations of blood along the fracture line" and the underlying spinal cord was "contused with ascending oedema". Also, the postmortem report denies rape charges.