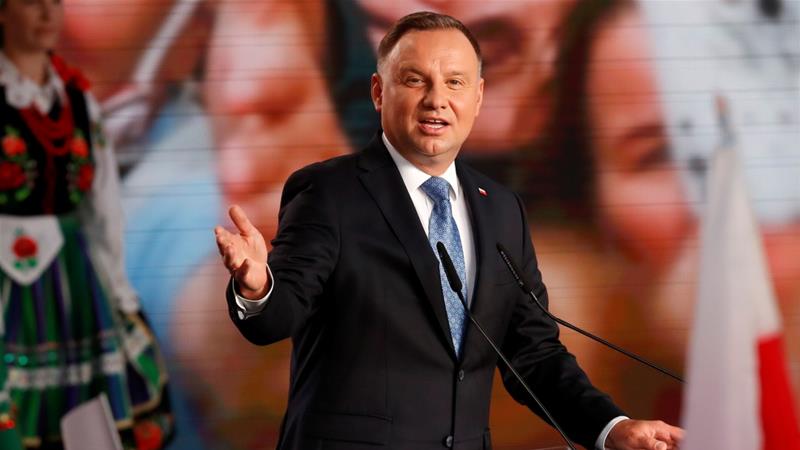 Polish President Andrzej Duda won the most votes in the first round of Poland's presidential election on Sunday, according to an exit poll, but he failed to reach the 50 percent needed to claim victory.

If the poll is confirmed by official results, Duda will face centrist Warsaw Mayor Rafal Trzaskowski in a runoff on July 12.

Duda, an ally of the governing nationalists Law and Justice (PiS), got 41.8 percent of the vote, according to the projection by the Ipsos polling firm. Trzaskowski, who is standing for the largest opposition party, the centrist Civic Platform (PO) got 30.4 percent of votes, the poll showed.

Poles voted in a presidential election that was delayed by the coronavirus pandemic and was taking place amid deep cultural and political divisions in the European Union nation. 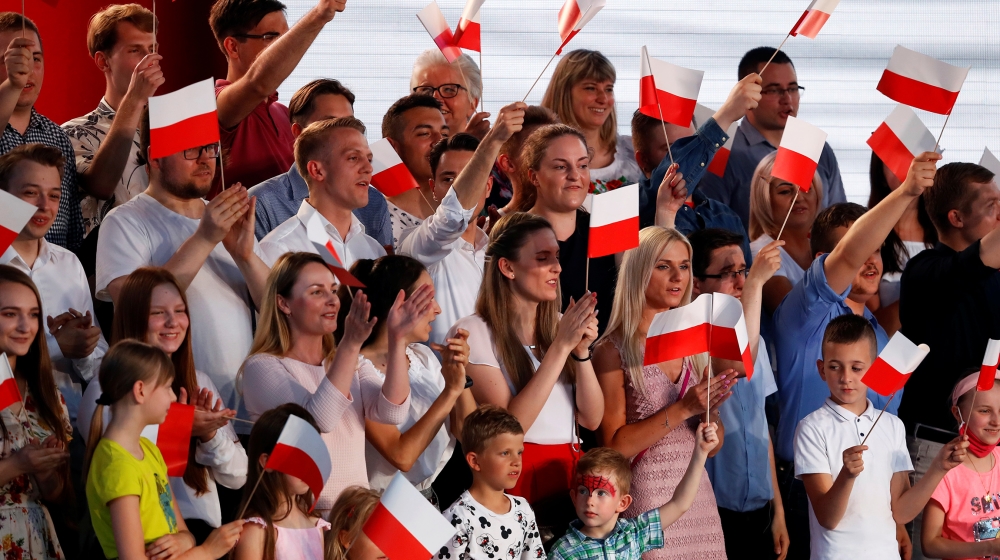 Duda, a 48-year-old conservative, was running against 10 other candidates as he sought a second five-year term. Whether Duda wins will determine whether the governing party keeps its near-monopoly on political power in Poland.

The turnout at 5pm local time (15:00GMT) was 47.89 percent, which the State Electoral Commission said was the highest for that time in Poland's 30 years of democracy. In many places, there were lines during the day.

The strong political polarisation seemed to mobilise many among almost 30 million eligible voters.