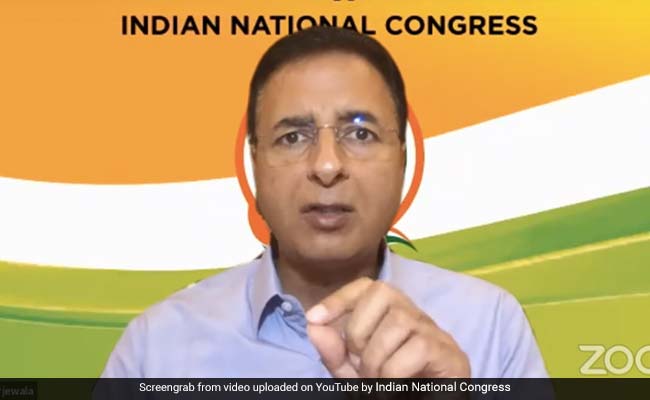 The Congress on Saturday accused the prime minister's office (PMO) of making a "lame attempt to obfuscate truth" and belittling the gravity of the situation along the LAC after it issued a clarification on Prime Minister Narendra Modi's comments that no one entered Indian territory.

He said the PMO and the government need to clearly state their position, after the PMO called as "mischievous interpretation" the criticism of the prime minister's remarks at the all-party meeting that no one has entered Indian territory or captured any military post while referring to the Galwan Valley clash in eastern Ladakh.

He said the PMO's statement "belittles the gravity of the situation" along the Line of Actual Control (LAC).

He said security experts and satellite imagery have confirmed not only one intrusion on June 15, but several intrusions into and occupation of Indian territory in the Ladakh area.

"We sincerely urge upon the Prime Minister to follow ''Raj Dharma'' and rise to the challenge of protecting national security and territorial integrity," the Congress leader said.

In a statement, the Prime Minister's Office (PMO) earlier said the focus of PM Modi's remarks at the meeting on Friday was the events of June 15 at Galwan that led to the loss of lives of 20 Indian military personnel.

"The prime minister's observations that there was no Chinese presence on our side of the LAC pertained to the situation as a consequence of the bravery of our armed forces," it said.

"The words of the prime minister 'those who tried to transgress our land were taught a befitting lesson by our brave sons of soil', succinctly summed up the ethos and the values of our armed forces," it said.

The Left parties on Saturday hit out at Prime Minister Narendra Modi over the clarification issued by the PMO on his comments that no one entered Indian territory, demanding that he "make up his mind" before speaking and stop being "ambivalent" on serious issues.