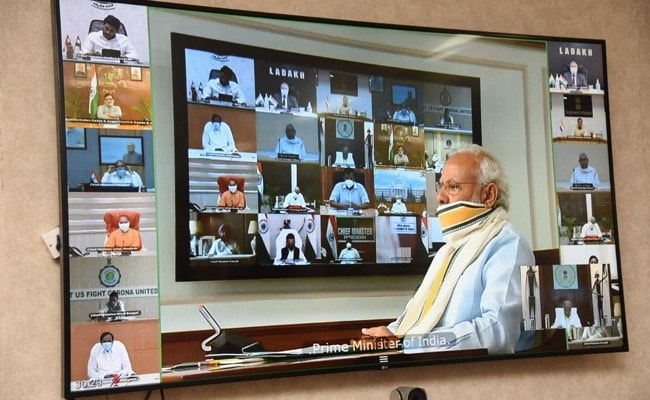 India-China: PM Narendra Modi has called an all-party meeting on the border situation

Prime Minister Narendra Modi has called an all-party meeting on Friday to discuss the situation at the India-China border after clashes in Ladakh in which 20 Indian soldiers laid down their lives. Presidents of various political parties will participate in the meeting at 5 pm on Friday via video, the Prime Minister's Office said.

Army sources have told NDTV that up to 45 Chinese soldiers have been killed or injured in the fight at Galwan Valley in eastern Ladakh. There were "casualties on both sides".

After confirming the death of three soldiers, including a Colonel, on Tuesday morning, the army added that 17 more critically injured soldiers were "exposed to sub-zero temperatures" and died of their injuries.

The army has said Indian and Chinese troops "have disengaged" in the area.

In order to discuss the situation in the India-China border areas, Prime Minister @narendramodi has called for an all-party meeting at 5 PM on 19th June. Presidents of various political parties would take part in this virtual meeting.

Congress leader Rahul Gandhi launched a sharp attack on PM Modi in a tweet this morning, questioning why he hadn't spoken on the huge incident till now.

"Why is the PM silent? Why is he hiding? Enough is enough. We need to know what has happened. How dare China kill our soldiers? How dare they take our land?" Mr Gandhi had tweeted. He also posted a video paying tribute to the Indian soldiers who died in the line of duty and asked PM Modi to "come out" and "tell the truth".

Monday's clash, a severe escalation after weeks of tension along the border with China, erupted when a small Indian patrol party moved to remove a Chinese tent in the Galwan river valley at 15,000 feet. China had agreed to remove the tent after talks between Lieutenant General-ranked officers of both sides on June 6.

The incident involved no shooting but "violent hand-to-hand scuffles". The soldiers threw punches and stones at each other and the Chinese troops allegedly used rods and nail-studded clubs during the fight that lasted for hours until midnight on Monday, according to reports.

"India is very clear that all its activities are always within the Indian side of the Line of Actual Control. We expect the same of the Chinese side," said foreign ministry spokesperson Anurag Shrivastava.

Since early May, hundreds of soldiers have been ranged against each other at four locations.

"The sovereignty of the Galwan valley area has always belonged to China. The Indian border troops flip-flopped and seriously violated our border protocols on border-related issues and the consensus of our commander level talks," Zhao Lijian, Chinese Foreign Ministry spokesperson, was quoted by Reuters as saying on Wednesday.

Military experts say one reason for the face-off is that India has been building roads and airfields to improve connectivity and narrow the gap with China's infrastructure. At Galwan, India completed a road leading to an airfield last October. To China's objections, India said it was operating on its side of the Line of Actual Control.

India and China fought a brief but bloody border war in 1962 and there have been skirmishes after that, but no loss of life since 1975.