The nation’s electoral authority has not confirmed the win, but Pedro Castillo holds a tiny margin over Keiko Fujimori.

The leader of the socialist party that appears poised to win Peru’s presidential election claimed “victory” on Friday with its candidate Pedro Castillo holding a razor-thin margin over right-wing Keiko Fujimori.

With more than 99.5 percent of votes tallied and only a handful of contested ballots to be added, Castillo had 50.2 percent of the vote, about 60,000 votes ahead of Fujimori who has pushed allegations of fraud, though with little proof.

The country’s electoral authority has yet to confirm the win, but most observers and some regional left-wing leaders including those from Argentina and Bolivia have proclaimed Castillo as the victor. 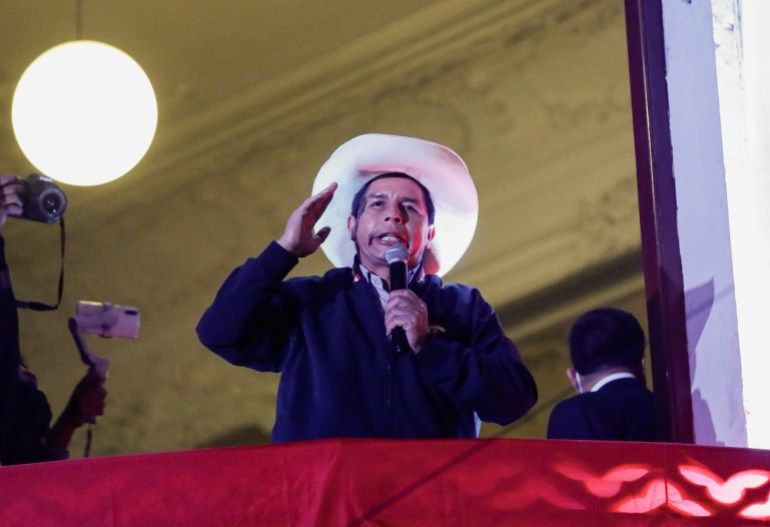 Cerron, a Cuba-trained surgeon and Marxist-Leninist, is a former regional governor who could not run for president himself as he has been sentenced on corruption grounds in the past.

Translation: Several presidents in the world are congratulating the victory of Pedro Castillo, in other words, he has solid international legitimacy.

Fujimori has yet to concede the election with fewer than 100,000 votes remaining and her supporters have called for protests against the result.

Daughter of jailed former President Alberto Fujimori, she has doubled down on unsubstantiated allegations of fraud, and members of her party have said they will not concede until all votes and appeals are counted, which could still take days.

But with the passing of every hour, Fujimori’s challenge seemed less likely to succeed, analysts said.

Peru’s electoral system is considered one of the most robust in Latin America, having been tested in a string of recent elections, including the 2016 vote, when Pedro Pablo Kuczynski defeated Fujimori by an even smaller margin of votes.

Castillo himself has also stopped short of proclaiming himself the winner, although he did say earlier this week that the party had assured him he would be the winner.

The election has bitterly divided Peruvians, with higher-income citizens supporting Fujimori while low-income ones supported Castillo. 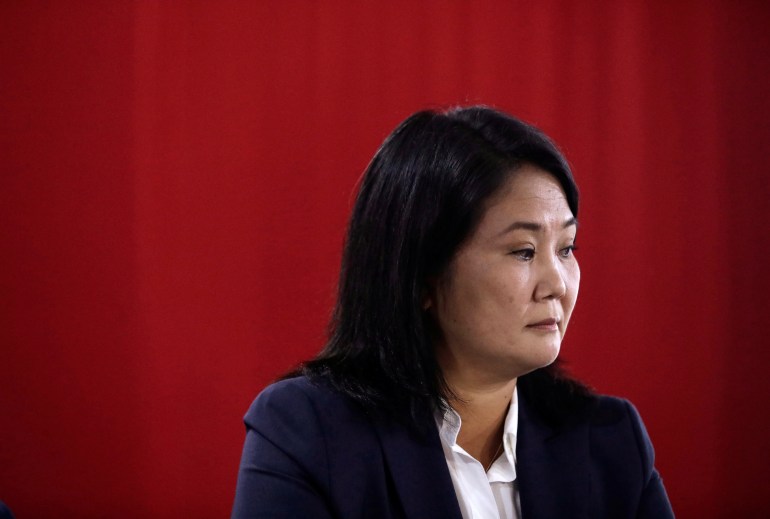 Peru’s presidential candidate Keiko Fujimori was released last year after spending more than a year in prison as part of a probe into millions of dollars in illegal campaign contributions she allegedly received [Angela Ponce/Reuters]Castillo, an elementary school teacher and the son of impoverished peasant farmers, has galvanised rural support in Peru. He was not a member of the Free Peru party before his presidency run. It is still unclear whether he would adopt a far-leftist stance for the economy if in power. In recent days, he has recruited Pedro Francke, a moderate left economist as his adviser, who has looked to foster a more market-friendly tone.

Amid the uncertainty, a Peruvian prosecutor investigating Fujimori for alleged money laundering requested on Thursday that she be jailed again for failing to abide by the terms of her parole granted more than a year ago.

Fujimori was released last year after spending more than a year in jail as part of a probe into millions of dollars in illegal campaign contributions she allegedly received from the Brazilian construction company Odebrecht.