Nearly 11 million people landed on Mars last week - even if it was just in names only.

When NASA's Perseverance rover touched down on the red planet, it did so bearing three silicon chips.

Upon these small pieces of silicon - each one no larger than a fingernail - millions of names were etched with an electron beam. 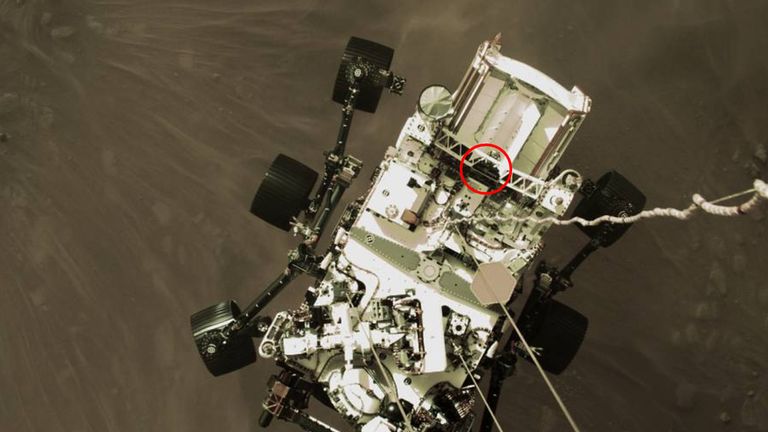 Image: The plate bearing the names of 11 million people can be seen, circled, as Perseverance heads towards the surface of Mars. Pic: NASA

The beam allows for the writing to be less than one micron across - much less than the width of a human hair.

In total, 10,932,295 people from around 250 countries and territories had their names travel the 300 million miles through the solar system aboard the rover.

And 284,350 of those were people in the UK, with participating countries stretching from the United States to Niue as part of the "Send Your Name To Mars" project.

The silicon chips were attached to a plate on one of Perseverance's central beams, ensuring the camera on the rover could see them.

A virtual boarding pass was also sent to those who signed up for the scheme. 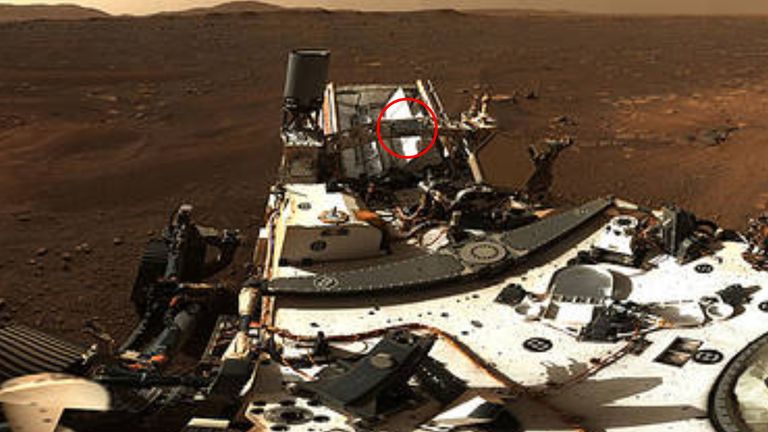 Image: The plate on which the names are carried can be seen on the red planet. Pic: NASA

Meanwhile, 7,289,416 people have already signed up to have their names transported across the cosmos on the agency's next mission to the red planet.

Google is making more money from Search, YouTube than ever before