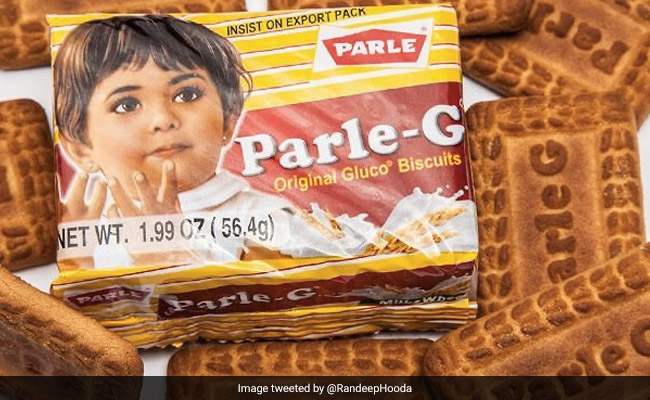 Parle-G, the biscuit known to be the common man's companion with tea, has become a trending topic after making record sales in the time of coronavirus. Many on Twitter welcomed the news and posted anecdotes surrounding Parle-G biscuits.

Actor Randeep Hooda tweeted: "My whole career is fueled by chai and Parle-G since theatre days. Can you imagine how much less single use plastic waste there will be if just Parle-G changed its packing to an alternate biodegradable material? Now the sales are up let's see the contribution to a better tomorrow too."

My whole career is feuled by chai and Parle-G since theater days.. Can you imagine how much less single use plastic waste there will be if just Parle-G changed its packing to an alternate biodegradable material? Now the sales are up let's see the contribution to a better Tom too pic.twitter.com/mHdZhbr7X9

Environmentalists and activists including Afroz Shah retweeted his post and commented that the company should move towards eco-friendly packaging.

Parle-G biscuits, lost in the crowd of brands and trendier variations, suddenly became popular during the three-month coronavirus lockdown. The biscuits, with their familiar yellow wrapping with the image of a grinning toddler, were bought in bulk by non-profit groups and people distributing food packages among migrants walking to their villages. The company also announced it would donate three crore packs of Parle-G biscuits when the pandemic intensified in India, a PTI report said.

Twitter users have been sharing their Parle-G moments since yesterday. The universal theme - it's more than just biscuit. The biscuit was described by many as an "emotion", a "childhood memory".

#ParleG is not biscuit it's an emotion.

All 90s kid(not kids) can relate

Many were ecstatic over the fact that the company, which had suffered losses in recent years, had recorded the best sales in over eight decades.

"The growth was phenomenal and as a result Parle was able to increase its market share by 4.5 to 5 per cent during the lockdown," senior company official Mayank Shah told Press Trust of India.