Quetta/Islamabad, Pakistan – Hundreds of members of Pakistan’s ethnic Hazara community have held a protest against the killing of 10 coal miners in a targeted attack in the southwestern province of Balochistan, refusing to bury their dead until the government meets their demands.

Protesters gathered on a highway in the western part of the provincial capital of Quetta on Monday to protest against the killing of the miners a day earlier, the coffins of their relatives laid out on the ground before them.

“He was the son of my aunt, what was his crime? Someone tell me his crime, for God’s sake, someone just tell me what fault he committed?” cried out Masooma Bibi, whose brother and cousin were killed in the attack.

Unidentified gunmen stormed a coal mine near the town of Mach, about 50km east of Quetta, on Sunday, pulling out ethnic Hazaras – who are members of the country’s minority Shia community and have distinctive facial features – from their residential quarters.

They then marched them to the nearby mountains where they opened fire on them, killing several people, Moazzam Ali Jatoi, a local security official, told news agencies on Sunday.

Senior security official Hafiz Abdul Basit confirmed to Al Jazeera on Monday that 10 people had been killed in the attack, contradicting earlier reports by news agencies and the prime minister’s office that put the death toll at 11. 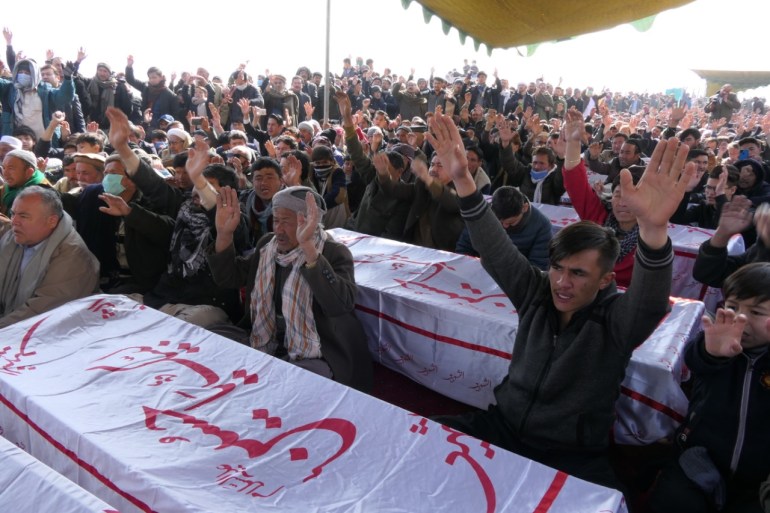 Protesters gathered on a highway in the western part of the provincial capital of Quetta on Monday to protest against the killing of the miners a day earlier, with their relatives’ coffins laid out on the ground before them.[Saadullah Akhtar/Al Jazeera]Armed group ISIL (or ISIS) claimed responsibility for the attack in a post on the group’s Amaq news service. A picture accompanying the claim showed two armed men standing over three bodies lying face down on the ground, with an ISIL flag hanging in the background.

Ethnic Hazaras in Balochistan, Pakistan’s largest but least populated and poorest province, have long been persecuted for their faith, facing targeted attacks and large-scale bombings that have killed hundreds in the last two decades.

Most Hazaras in Balochistan live in Quetta, a city of about 1.1 million people that is the capital of Balochistan province. The city is home to an estimated 500,000 Hazaras, most of whom live in two heavily guarded enclaves on either end of the city, Hazara Town and Alamdar Road.

Both enclaves are surrounded by high walls and barbed wire, with security personnel heavily restricting entry to non-Hazaras. The government says it can guarantee members of the community’s safety within the walls of the enclave, but that they remain at risk if they leave.

“For 22 years, [our demands] are the same: that our killers are arrested, that their facilitators are arrested and those who lead them be arrested. It is not so difficult to understand this,” says Saeed Muhammad Raza, a local leader of the Shia Muslim Majlis Wahdat-e-Muslimeen (MWM) political party.

“If the rulers do not understand this, then I do not know what their compulsions are that they cannot act against those who lead these terrorists, nor can they act against [the attackers] themselves.”

The protesters have demanded that the miners’ killers be brought to justice and that the government form an independent judicial commission to investigate the continuing attacks against Hazaras.

“The demand is that the prime minister of Pakistan come here and form an independent judicial committee and that every single killer, their facilitators, their leaders and those who fund them should be identified and punished,” said Raza.

On Sunday, Pakistani PM Imran Khan said he had “asked the [Frontier Corps security force] to use all resources to apprehend these killers [and] bring them to justice” and that “[t]he families of the victims will not be left abandoned by the govt”.

Security official Basit told Al Jazeera on Monday that the investigation into the attack was continuing and that it was premature to reveal any details.

“Things have improved quite a lot, but this incident has just happened and we will look into it,” he said. The government was also negotiating with the protesters, he said.

Five of Abdul Manan’s relatives were among those killed on Sunday.

“This is the government’s failure, isn’t it? So we ask the current government that the killers must be immediately apprehended and punished,” he told Al Jazeera at the protest site. 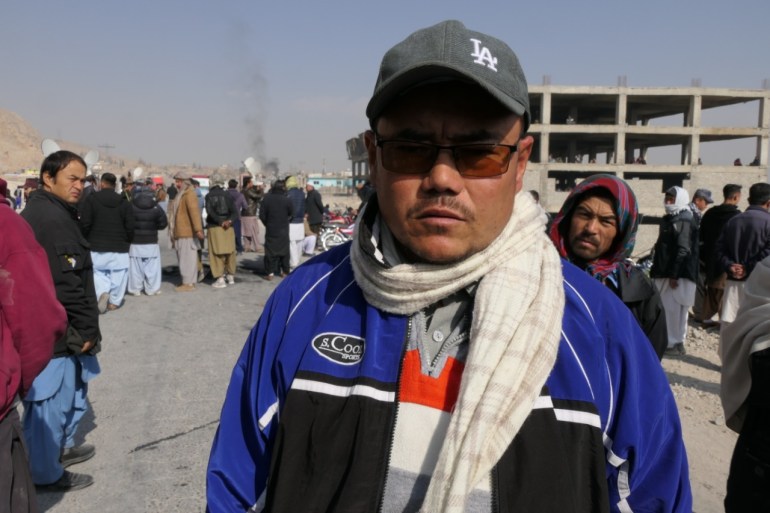 Protester Abdul Manan said people were willing to brave the harsh winter conditions, with temperatures falling below freezing overnight, for as long as it takes [Saadullah Akhtar/Al Jazeera]“They are poor people [and] no one among those who survive them [could support the family].”

Manan said the protesters were willing to brave the harsh winter conditions, with temperatures falling below freezing overnight, for as long as it takes.

“Our demand is that if you arrest the killers then we will, God willing, bury the bodies. But until the killers are apprehended, we will sit here in protest.”

The hundreds gathered at the protest raised their hands in unison, chanting slogans acclaiming the sacrifice of their “martyrs” and reaffirming their religious identity. Between them lay 10 coffins, each draped in a white shroud, carrying a religious inscription in stark red letters.

Some gazed into the distance, others leaned on each other – or the coffins – for support.

“Turn his killers over to us. We are exhausted from having carried so many bodies, why do you people not understand?” shouted Masooma Bibi.

Asad Hashim is Al Jazeera’s digital correspondent in Pakistan. He tweets @AsadHashim. Saadullah Akhtar  contributed to the report from Quetta 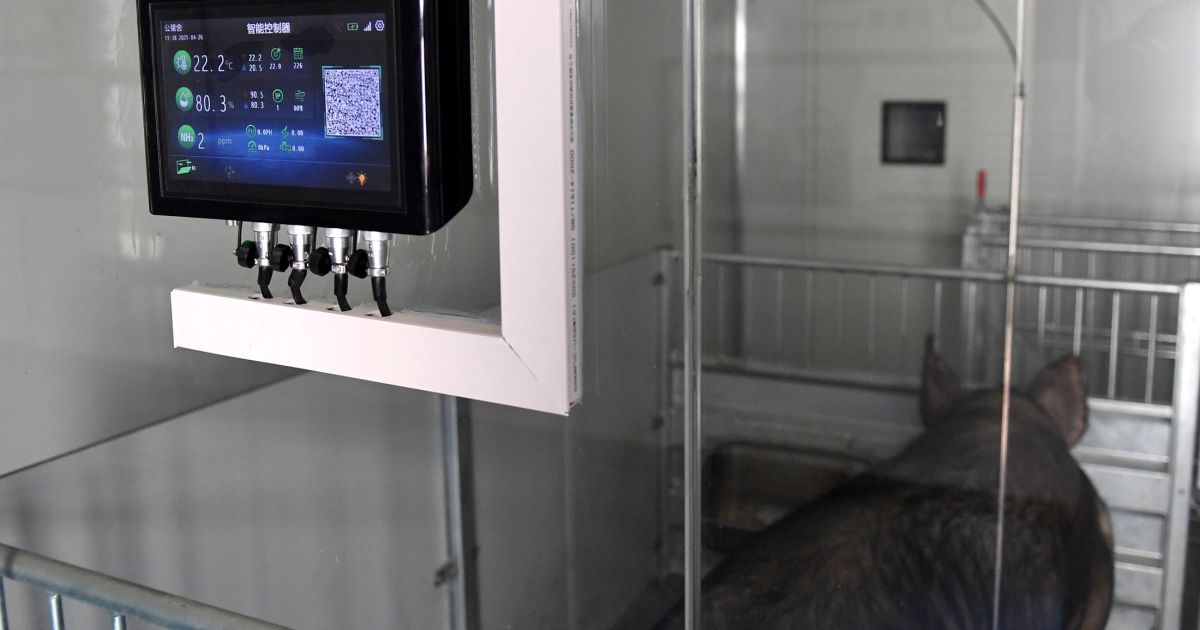 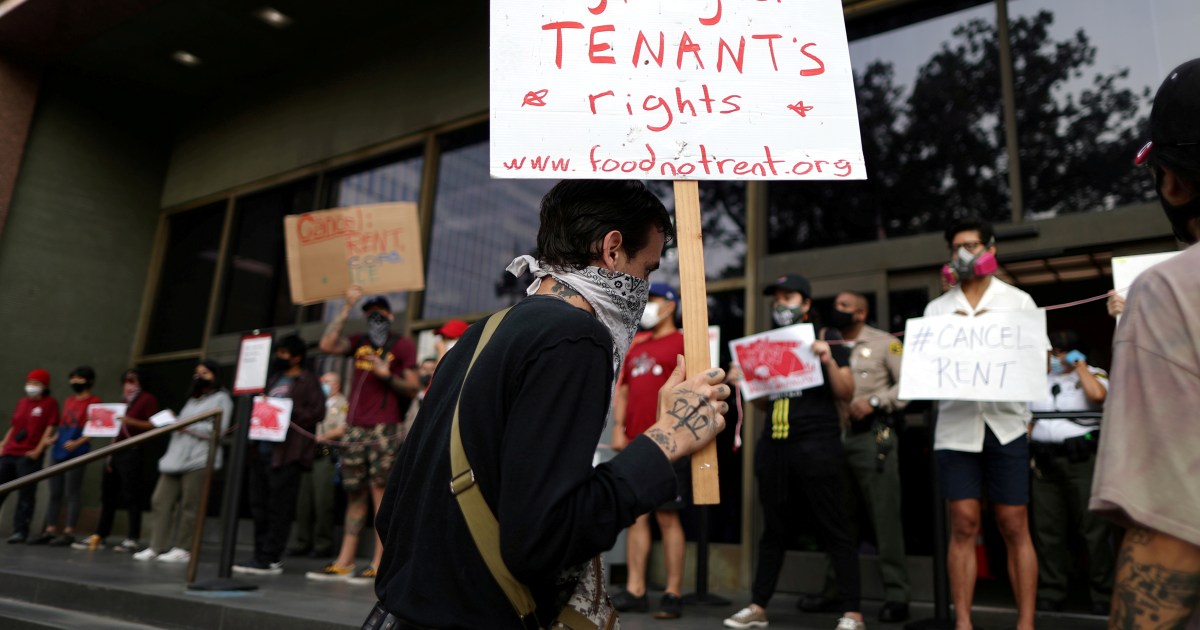 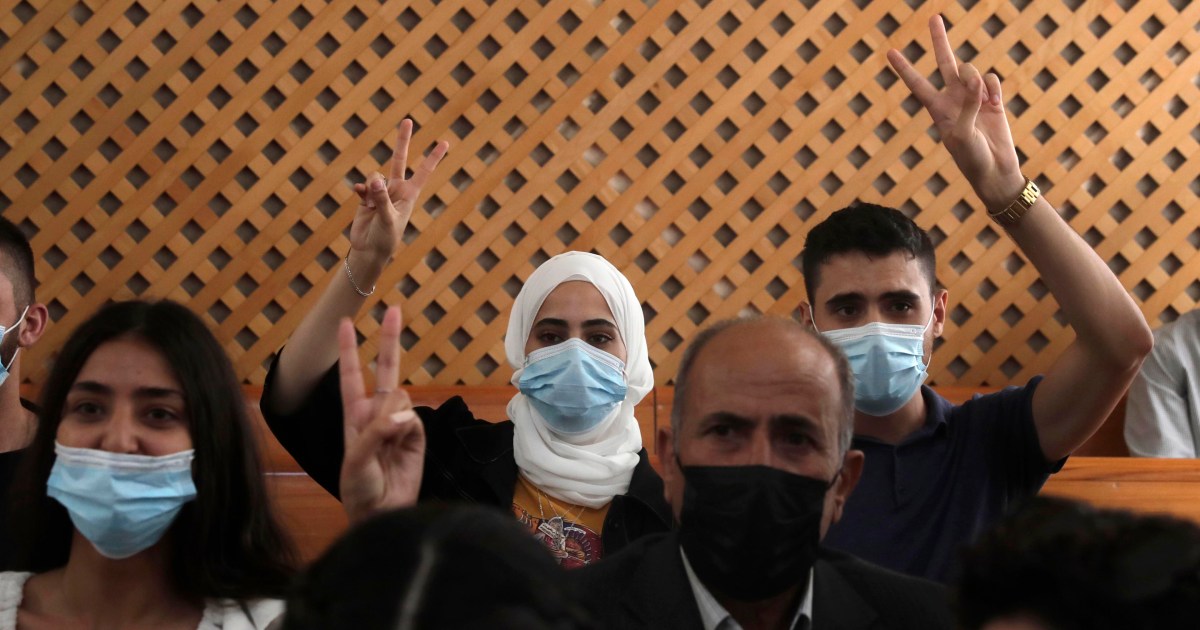