One month into Quebec’s controversial reopening of schools

Stephen Moore walks his two children to school each morning in the small town of Howick, Que. For the last four weeks, that’s meant dropping his son and daughter off for classes in the middle of a pandemic, something he says he still hasn’t gotten used to.

“We’re still a little nervous,” Moore says. “Everybody is. Everybody.”

The province of Quebec took a gamble May 11, reopening elementary schools except for those in the Montreal metropolitan area, the region hit hardest by COVID-19. The belief was that the danger of reopening was outweighed by the potential damage of keeping vulnerable children out of school.

Quebec was one of the first jurisdictions in North America to reopen classes, despite having one of the highest infection rates.

Howick Elementary School normally has 170 students, but under the provincial reopening plan, attendance is optional. Only 43 students returned.

Those low numbers have allowed staff to see what works and what doesn’t in terms of preventative measures and physical distancing.

“We were headed into uncharted territories,” says Rob Buttars, director general of the New Frontiers School Board. “There’s no playbook written on this.”

Principal Mèlanie Primeau worked right up to the last minutes before the buses pulled up on the day of the reopening. She spray-painted yellow suns on the sidewalks as visual markers so children would know how far to stand apart from each other.

Inside, there are arrow stickers on the floors in the hallways to remind students to keep to the right when walking. The school also dedicated a door specifically for entering, and another specifically for exiting, so kids don’t come face to face in narrow passages.

A new sink has been added near the entry so kids can wash their hands when they walk in.

1:59 Back to school and preparing for a second wave of COVID-19 infections in Quebec

Primeau says, for the most part, the kids have done a good job with physical distancing.

“I’d say 95 per cent of the time, yes,” she estimates. “But we’re human. Sometimes we cross paths and have to back up.”

Some facilities at the school haven’t reopened. Children eat at their desks, so the lunchroom isn’t being used. Sharing books could be a problem, so the library is off-limits. Because gym classes are held outside, the gymnasium isn’t being used.

In addition to regular hand-washing breaks, each classroom is sanitized three times a day. Even the soccer balls, which would normally get cleaned once or twice a year, are now sprayed down and sanitized after each class.

The staff has added a new activity to gym class, too. Students have been bringing their bicycles to school for rides.

“It’s hard to lend out equipment unless we’re washing it every single time,” McClintock says.

Some Quebec schools that reopened had setbacks. In the first three weeks, across the province, close to 50 students and more than 30 staff tested positive for COVID-19.

The New Frontiers board hasn’t had any students test positive. Four teachers were tested, but only one came back positive.

Buttars says staff are always on the lookout for symptoms.

“That’s one of the big roles of the principal and staff,” Buttars says. “We urge parents and children to not come to school if they’re not feeling well. The staff as well.”

One of the first lessons learned when the school reopened was class size. The province limited the number of students to 15, but teachers found even that was too many.

To give children enough space to move around, the desks had to be about three metres apart. That’s meant in most classes, 11 was the limit.

When the school board reopened, attendance was under 20 per cent. It held a second registration two weeks later, and attendance went up to 24 per cent.

Buttars says if attendance is anywhere near normal in the fall, it would mean some schools would run out of room. One possible solution would be to move older elementary students to high schools and bring only high school students back part-time.

“That’s a possibility,” Buttars says. “But these are short-term measures. We have to think long term.”

The board is holding weekly online meetings with administrative teams. In the past, that would only happen about five times a year, but the idea is to make sure best practices spread quickly.

2:09 Coronavirus: Celebrating a rite of passage in Quebec schools

Coronavirus: Celebrating a rite of passage in Quebec schools

Primeau says she’s gotten calls from teachers in Western Canada asking about how things are going, and Buttars says he’s in contact with school boards and other districts regularly.

“I’ve had colleagues from across Canada reach out for advice,” Buttars says. “They ask how we’re doing, or what they should look for.”

There is no shortage of challenges ahead, but Buttars is optimistic about the future. He says he’s eager to see what education looks like 10 years from now, because he expects the pandemic will change things.

His board barely used online learning a few months ago. Now it’s a regular part of the day.

There are debates in education right now about things such as blending online and in-person teaching and rethinking the school calendar and the summer break.

“I think moving forward, learning might never be the same,” Buttars says. “I think it will be better.” 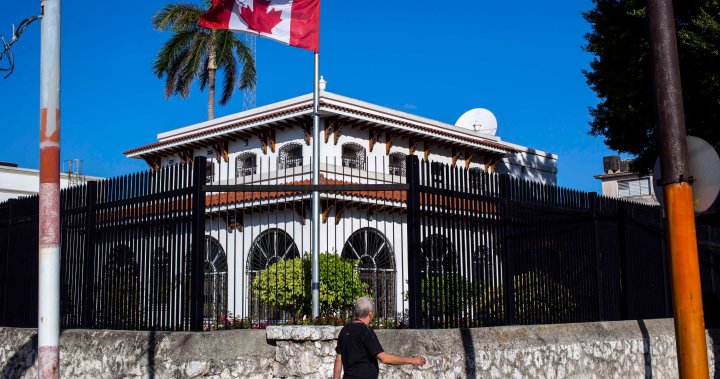 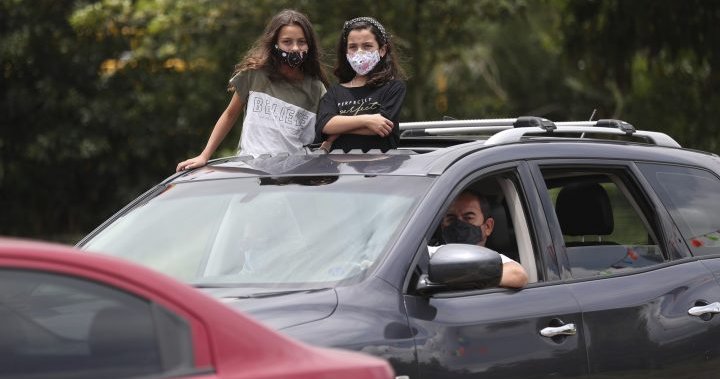 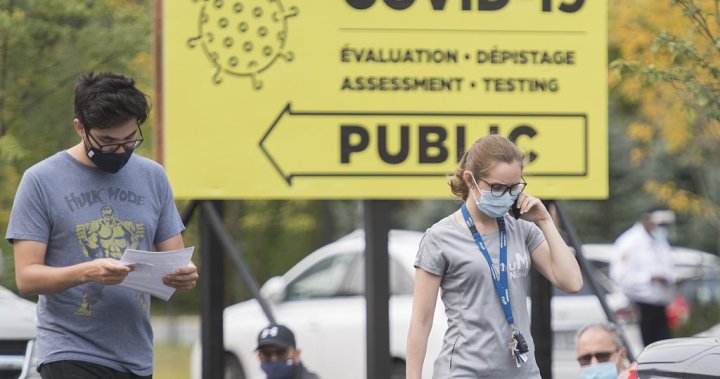 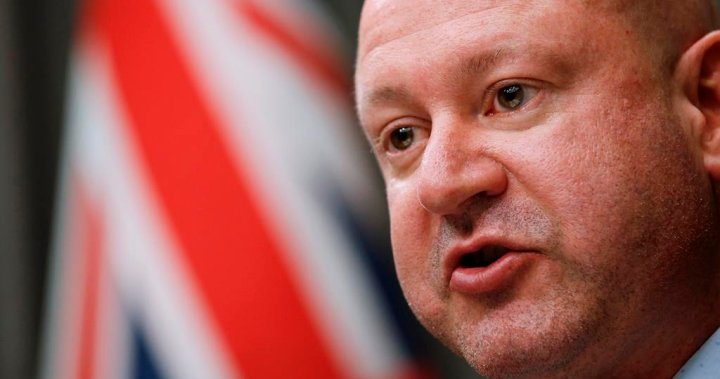