On Video Call, Father-Son Salute Each Other In Army Uniform, Win Hearts 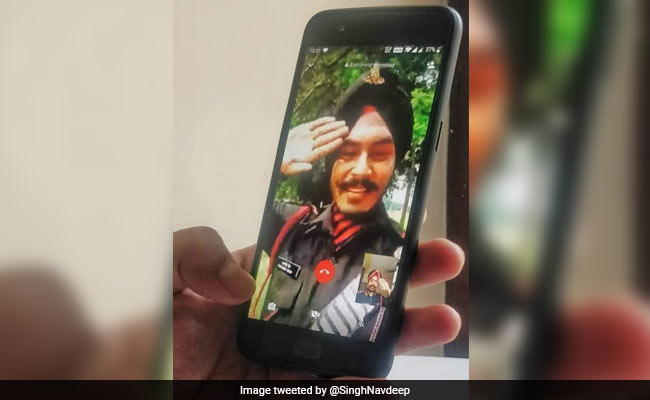 The father-son duo, both in Army uniform, salute each other on video call

A photo of a newly commissioned army officer salutes his father on a video call while they are both in uniform is winning hearts on social media. The young Sikh officer is seen outside while his father is indoors, the photograph suggests. It was shared by lawyer and author Navdeep Singh on Twitter and was liked by thousands. Mr Singh says he found it the photo on Facebook.

"A proud newly commissioned officer saluting his equally proud father, both in uniform, on a video call. From my Facebook timeline," Mr Singh tweeted with the photo.

The young officer is seen smiling as he salutes his father, also an army officer. An overdrive of likes and comments followed soon after the photo was shared.

Salute to both of u

Congratulations Sir💐. Thanks a lot to u n ur proud son for protecting us Indians🙏

A few on the post said the young officer was called Tamandeep - their classmate from school and college.