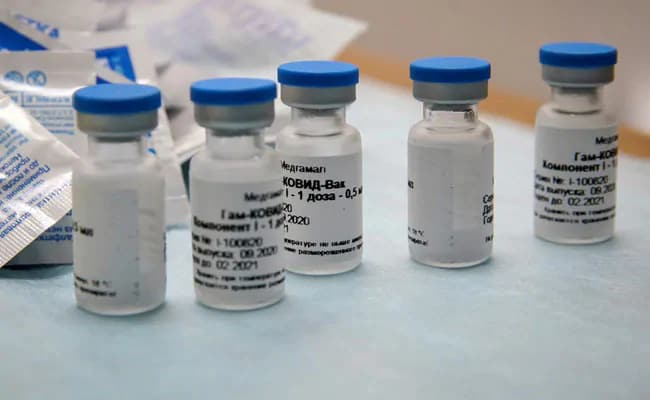 The Sputnik vaccine has an efficacy of 91.6 per cent.

The Subject Expert Committee (SEC) of the Indian drug regulator has asked pharma giant Dr Reddy's Laboratories, the Indian manufacturer of Sputnik V, the Russia-developed coronavirus vaccine, for more data regarding its application for emergency use approval for the vaccine, sources said.

Dr Reddy's Laboratories had approached the Drug Controller General of India (DGCI) on February 19 to get approval for the emergency use of Sputnik V. The vaccine has an efficacy of 91.6 per cent.

On Wednesday, the company presented the safety data of the second phase of trials and the interim data of the third phase during the meeting with the expert panel. Sources said the panel, after reviewing the application, asked the firm to provide some additional details, including immunogenicity and safety data.

The expert committee reviewed the request for Sputnik vaccine's approval on a day when the government announced the second phase of India's vaccination drive against coronavirus. The second phase will begin March 1, with priority given to people over 60 and those over 45 with co-morbidities.

At 91.6 per cent, Sputnik V has a higher efficacy as compared to Covid vaccines that are currently being administered in India. While Oxford-AstraZeneca's Covishield vaccine, being manufactured by the Serum Institute of India, has an efficacy of around 70 per cent, Bharat Biotech's Covaxin's efficacy is not known.

Sputnik V is one of only three vaccines in the world with such a high efficacy rate, after Pfizer and Moderna vaccines. The two-dose vaccine also has most authorisations granted with 26 countries globally. Priced at less than $10 per dose in international markers, the vaccine has already been administered to more than 20 lakh people worldwide.

In India, the trials are being conducted on 1,600 people.
The Sputnik vaccine is available in both liquid and powder form. The liquid form needs to be stored in minus 18 degrees. For the powder form - which can be kept in between 2 and 8 degrees, stability tests are on.

In September last year, Dr Reddy's partnered with the Russian Direct Investment Fund (RDIF) to conduct clinical trials of Sputnik V and for its distribution rights in India.