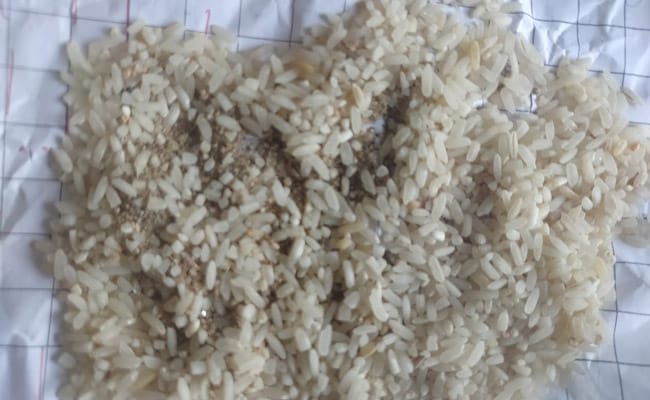 The Madhya Pradesh government has taken action over the poor quality grain supplied to the tribal heartland of Balaghat and Mandla during the lockdown under the Public Distribution System. Terming it a "serious" matter, Chief Minister Shivraj Singh Chouhan has ordered an investigation by the state's Economic Offences Wing. With free grain scheme for the poor for eight months being initiated by Prime Minister Narendra Modi during the lockdown, his office has also sought a report on the matter.

On Wednesday, the government sacked two quality control officials of the Food and Civil Supplies Corporation in the two districts and ordered the filing of a First Information Report against the millers involved.

The action came after NDTV reported that a Consumer Affairs Ministry official has termed the ration stocked in shops as "unfit for human consumption" and suitable only for livestock.

A letter by Consumer Affairs Ministry deputy commissioner Vishwajeet Haldar on August 21 -- a copy of which is with NDTV -- read: "They had inspected depots of state agencies and fair-price shops in Balaghat and Mandla from July 30 to August 2 this year. It collected 32 samples - 31 from depots and one from a ration shop - which were analysed in NABL-accredited Central Grain Analysis Laboratory (CGAL), Krishi Bhawan, New Delhi. Analysis found that all 32 samples were not just beyond the rejection limit, as per the uniform specifications issued by the ministry, but also beyond PFA standards as per FSSAI. Stocks are found to be unfit for human consumption and in the category of 'feed' - suitable for livestock such as goat, horse, sheep and poultry".

A team has collected more than 1,000 samples of rice from several districts and 284 samples have been tested. According to the local office of the Food Corporation of India, 72 samples are not worth distribution, another 57 are also below standard.

At the US-India Strategic Partnership Forum today, PM Modi had referred to the "Pradhan Mantri Garib Kalyan Yojana", saying it is among the largest support system anywhere globally, under which "free foodgrain is being provided to 800 million people for 8 months".

According to government records, 26.21 lakh metric tonnes of paddy was procured from farmers between November 2019 and January 2020.

After milling of most of it, 11.06 lakh metric tonnes of rice was supplied to the Food Corporation. As many as 15 quality controllers were entrusted with the inspection.

Under the custom milling policy, sub-standard rice is returned to the miller.