Trump calls on followers to attend the ‘Stop the Steal’ rally on Wednesday, officials are taking measures to avoid violence.

With only two weeks left to his administration, the outgoing President of the United States Donald Trump continues to claim, without evidence, that the November 3 election was fraudulent.

Before Congress meets to certify President-elect Joe Biden as the winner of the election on Wednesday, Trump has called on his loyal supporters to come to downtown Washington, DC to protest.

Trump followers are expected to attend the “Stop the Steal” rally, and officials have said they are taking measures to avoid violent clashes.

The calvary is coming, Mr. President!

Protesters are expected to begin converging on Freedom Plaza on Tuesday night. Roger Stone and George Papadopolous, whom Trump recently pardoned after they were convicted of federal crimes, are scheduled to speak.

For weeks, Trump has been amplifying unfounded claims and conspiracy theories that the election was rigged against him. But most of the legal challenges he has mounted in courts have been dismissed by judges. And the Supreme Court – which includes three judges he nominated – have rejected motions to consider cases that would overturn the outcome of the election in key states.

He has called on members of his Republican Party to vote against Biden’s electoral college win. Missouri Senator Josh Hawley is one of several senators who have announced he would object to Congress’s count.

Glad to see more Senators joining the fight on #JAN6. I hope many more will listen to their constituents and act https://t.co/cqifv6u3gH

The city’s mayor, Muriel Bowser, urged residents to avoid the downtown area on January 5 and 6, and avoid confrontations with the attendants of the rally. The Democratic official, who has often publicly clashed with the president, also warned that “we will not allow people to incite violence, intimidate our residents or cause destruction in our city.”

Officials are also concerned that many of Trump’s supporters could be armed. During the protest in December, many wore combat uniforms, helmets and ballistic vests. They also flashed hand white nationalist hand signals.

In a statement, Bowser reminded activists about the city’s law that bans the carrying of firearms in most of the downtown area of Washington, DC.

“Under federal law, it is illegal to possess firearms on the U.S. Capitol grounds and on National Park Service areas, such as Freedom Plaza, the Ellipse, and the National Mall,” Bowser said in a statement on Sunday.

I am asking Washingtonians and those who live in the region to stay out of the downtown area on Tuesday and Wednesday and not to engage with demonstrators who come to our city seeking confrontation, and we will do what we must to ensure all who attend remain peaceful.

Citing a senior defence official, The Associated Press reported that 340 National Guard troops were being deployed in the city.

“My level of anxiety is high, my preparation is even more intense than that,” District of Columbia Attorney General Karl Racine said last week during a CBS news podcast.

Racine said the pro-Trump, violent far-right “Proud Boys”, as well as several other groups “appear to want to listen to the president come down to the District of Columbia and do what they did just a few weeks ago: pick fights, create damage, damage property, and then act in a very threatening way,” he said.

“The District of Columbia is ready for that,” Racine added.

On December 12, thousands of Trump supporters, among them the Proud Boys marched in Washington to protest the results of the election. Clashes with residents and counter-protesters erupted that night. Local media reported that at least four people were stabbed and more than 30 people were arrested. 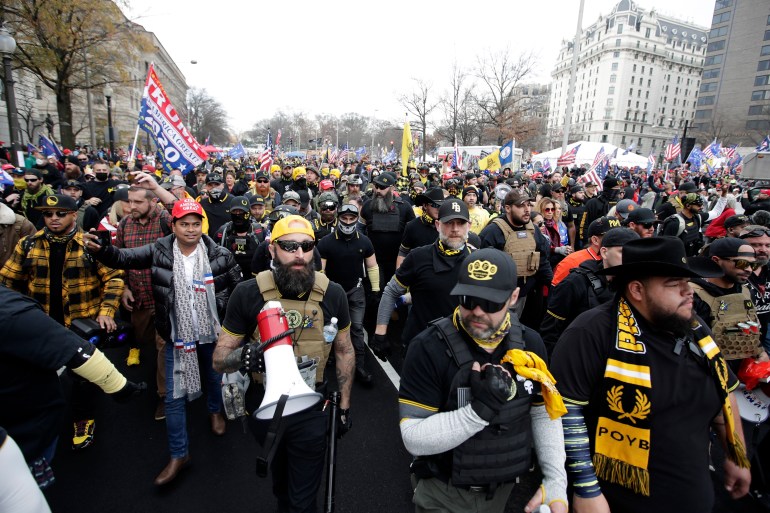 Supporters of President Donald Trump who are wearing attire associated with the Proud Boys attending a rally at Freedom Plaza, on Saturday, December 12, 2020, in Washington [File: Luis M Alvarez/AP Photo]The official result of the November 3 election showed that Trump received 232 electoral votes and Biden earned 306 – the same margin that Trump won over Democratic rival Hillary Clinton in the 2016 election. Trump called that election “a landslide”.

Biden is scheduled to be inaugurated on January 20 in a ceremony in Washington, DC that will be scaled down due to the coronavirus pandemic. 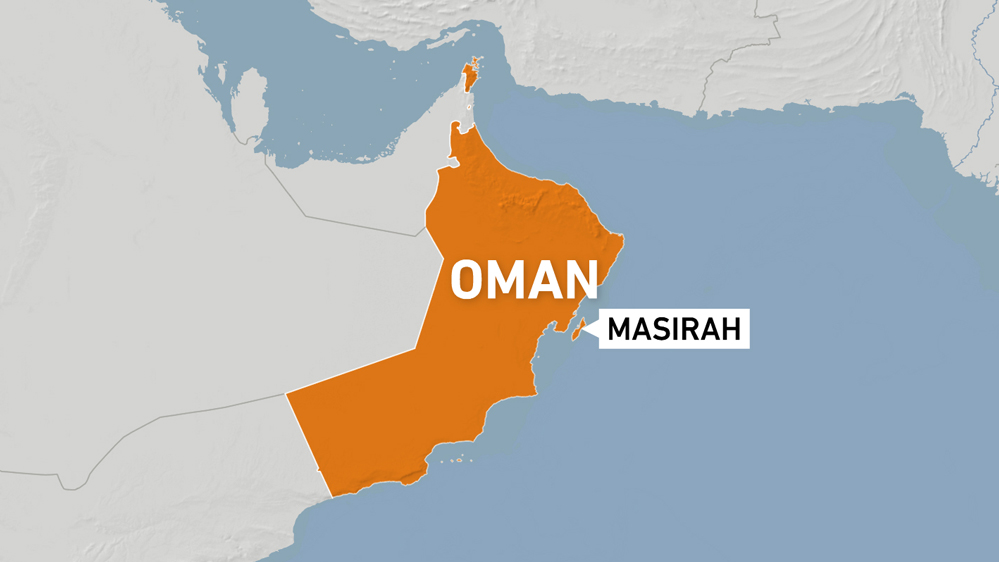