"Nobody Had Hand In Transfers": Maharashtra Minister Over Phone Tapping 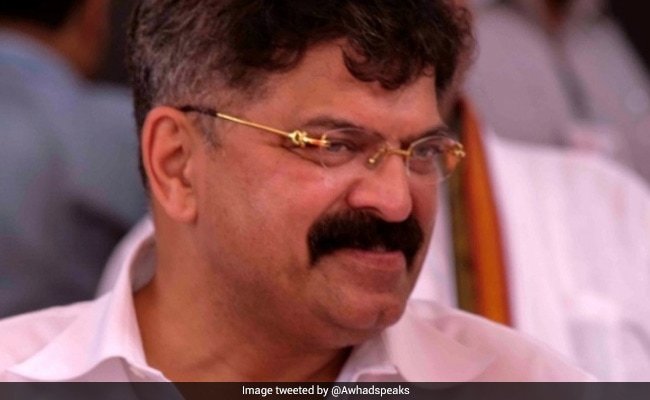 "All the transfers took place through a proper government channel," Jitendra Awhad

The "phone tapping" by the intelligence department evoked angry reactions in the meeting of the Maharashtra cabinet on Wednesday, housing minister Jitendra Awhad said.

Permission was sought for intercepting the calls of certain persons but actually the calls of some other persons were tapped, he claimed. Ms Shukla was not available for comment.

Mr Awhad, however, said there was no discussion in the cabinet on former Mumbai Police Commissioner Param Bir Singh's allegations of corruption against Home Minister Anil Deshmukh in a letter to Mr Thackeray.

BJP leader Devendra Fadnavis on Tuesday met the Union Home Secretary in Delhi and demanded a CBI probe into a purported state intelligence department report on "corruption" in police transfers in Maharashtra. He had also claimed to have data of telephone calls intercepted by Ms Shukla in which names of several key police officers figure.

"There were angry reactions in the Cabinet meeting. Nobody (from among ministers) had hand in the transfers. All the transfers took place through a proper government channel," he said.

As much as 90 per cent of transfers which are mentioned in the report never happened, he claimed.

"Why is the government being defamed (then)? Why even officials are being defamed, as if they owe their posts to recommendations...police officials should file a defamation case against Shukla," Mr Awhad said.

Later he tweeted that some of the "angry" officials named by Shukla in her report on alleged transfer scam will be giving a memorandum to the state government and file a defamation case.

Two months ago, Shukla had admitted that she made a mistake and the government "forgave" her generously, the minister further claimed.

"How the government would know then that the report would be used two months later to target it," Mr Awhad asked.