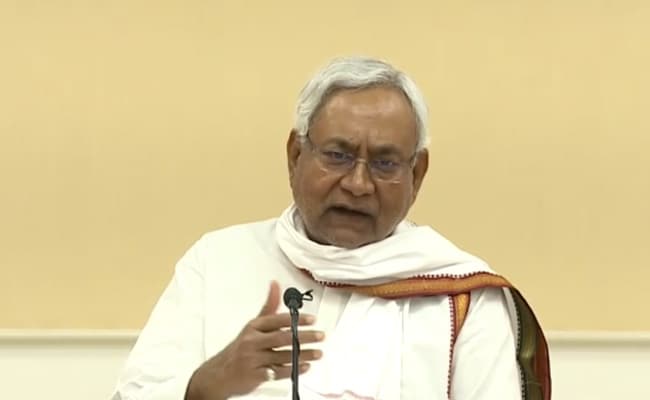 Bihar Chief Minister Nitish Kumar has asked Prime Minister Narendra Modi to censor content on OTT (Over The Top) streaming platforms like Netflix and Amazon Prime, claiming that they are to blame for a spike in violence and crimes against women and children.

In his letter to the Prime Minister (the second since December last year), Nitish Kumar also suggested an amendment to the Cinematography Act of 1952, which he said does not clearly define "public exhibition" of films and whether certification is needed for private viewing.

"There are several service providers which are streaming movies and shows for their customers. However, since no censorship applies to these platforms, they often contain excessive violence and sexual acts," Nitish Kumar said in his letter.

He complained that people were being exposed to "vulgar and objectionable content" and that this had a "serious effect on the minds of those who see" such content.

"There is also lack of clarity on censorship rules for content on streaming platforms," he added, noting that these were "popular because they are cheaper than DTH (direct to home) and cable services".

Earlier this year multiple reports suggested the government would direct OTT platforms to self-regulate, similar to the institutional model followed by traditional media.

Netflix and Hotstar, two leading OTT services, have already signed a code (in January last year), but Amazon Prime has not, a report by news agency Reuters said.

This comes after several court cases and police complaints were filed in 2019, alleging that some content was either obscene or insulted religious sentiment.

Nitish Kumar, who called for a ban on Chinese products during Friday's all-party meeting with PM Modi following last week's clash between Indian and Chinese troops, also referred to a December 2019 letter in which he demanded censorship of websites showing "inappropriate content", including pornography.

According to data from the NCW (National Commission for Women), 587 complaints of crimes against women were received between March 23 and April 16; 239 related to domestic violence, compared to 123 in the period between February 27 and March 22.

The spike in numbers was attributed by the NCW Chairperson Rekha Sharma to the coronavirus lockdown, which began March 25.

With input from Reuters