The NHS contact-tracing app will not be ready before winter, a health minister has said, despite initially being promised in mid-May.

Lord Bethell said the Department of Health was "seeking to get something going for the winter".

But, he told a committee of MPs, the app wasn't "the priority at the moment". 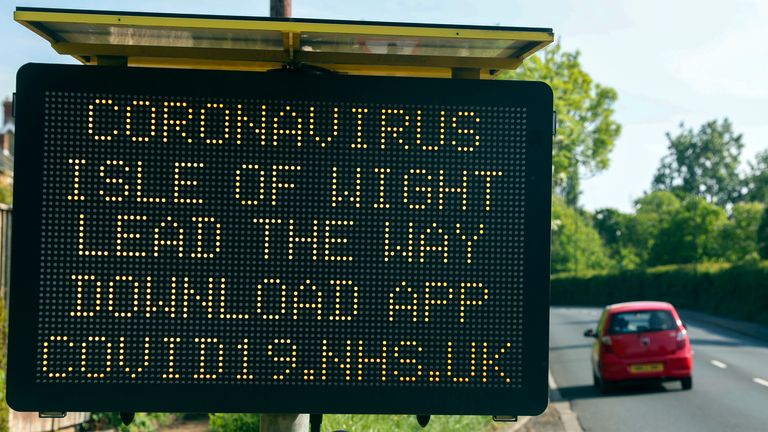 Image: The app is being trialled on the Isle of Wight

Lord Bethell confirmed the government still planned to introduce a contact-tracing app, describing it as "a really important option for the future".

The app has been the subject of a trial on the Isle of Wight, where the Department of Health says it has been downloaded by 54,000 people.

Lord Bethell said the trial had been a success, but admitted that one of its principal lessons had been that greater emphasis needed to be placed on manual contact tracing.

"It was a reminder that you can't take a totally technical answer to the problem," he said.

Instead, he said, the government was "focused on getting manual contact tracing correct".

Lord Bethell added the Department of Health was "not feeling great time pressure" to introduce an app, noting that countries around the world were still in the early stages of introducing their own.

Health Secretary Matt Hancock had originally promised the app would be rolled out nationally from mid-May.

France, Italy and Germany have all released contact-tracing apps to monitor COVID-19 in recent weeks.

Asked why the app had taken so long to release, Lord Bethell told the Science and Technology Committee the Isle of Wight trial had shown that people "weren't frightened of it, as we were worried that they might be" - and had also provided "concrete examples" of successes in breaking transmission chains.

But he admitted there had been "technical challenges", as well as an "ongoing battle" to persuade people the system was safe and privacy-protecting.

Lord Bethell said that "people's concerns about the app are enormous and right and we are really conscious of it."

He said the fear of raising privacy concerns was one of the reasons the government had not released the app earlier, adding: "If we didn't quite get it right the first time round, we might poison the pool and close off a really important option for the future." 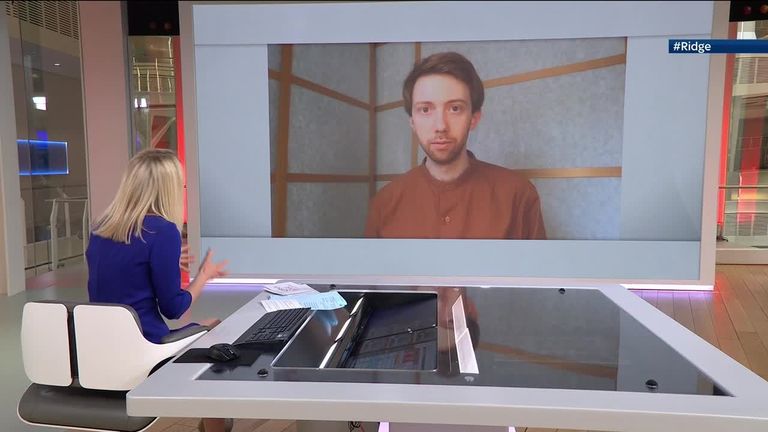 May: Questions over NHS tracing app

In its COVID-19 strategy Plan to Rebuild, the government had described the app an integral part of the Test and Trace programme for combating coronavirus.

In a statement earlier in the day, a spokesperson from the Department of Health and Social Care had said it would be "rolling out the app nationally soon."

The spokesperson added: "The app will complement the NHS Test and Trace programme which is already up and running and helping to save lives."