The United States is gripped by a third wave of the coronavirus, with several states now reporting a rise in new infections, as the pandemic continues to batter the worst-affected country in the world.

Since September 12, the country’s seven-day average of daily cases has surged by more than 70 percent from 34,371 to 59,143, according to the latest data by the US Centers for Disease Control and Prevention (CDC).

As of Thursday, total nationwide cases had passed 8.3 million, with more than 222,000 virus-related deaths, by far the highest tallies globally, according to a Johns Hopkins University tracker.

The situation has become particularly dire in the Midwest and West, with record levels of hospitalisation pushing healthcare facilities and workers to the brink.

“This is likely due to a combination of factors, including relaxing of social distancing through changing policy and fatigue, and seasonality in the transmission,” he said.

Amesh Adalja, senior scholar at Johns Hopkins Center for Health Security, told Al Jazeera that the “third peak” was a result of “people getting back to some semblance of their lives, and the inability of many states to test, trace and isolate”.

Here are four things to know:

In recent weeks, the number of tests performed across the country has increased.

More than a million people have been tested daily on several days this month, according to data collected by the COVID Tracking Project.

Overall, more than 135 million people among the 330-million population have been tested for the virus, with seven percent giving a positive result.

Since October 1, hospitalisations in New York rose by 53 percent and in Texas, there was a 32 percent jump over the past three weeks.

“The surge in hospitalisations we’re seeing now looks a little different: it’s less abrupt and much more geographically widespread. And this time, more states that experienced major outbreaks earlier in the year are seeing hospitalisations rise again,” the COVID Tracking Project noted in its weekly update.

The pandemic has already stretched the country’s healthcare system to the limit.

“The US has struggled to contain this pandemic because we do not have the public health infrastructure in place,” Adalja said.

“We still are unable to test effectively with rapid results to enable efficient contact tracing.” 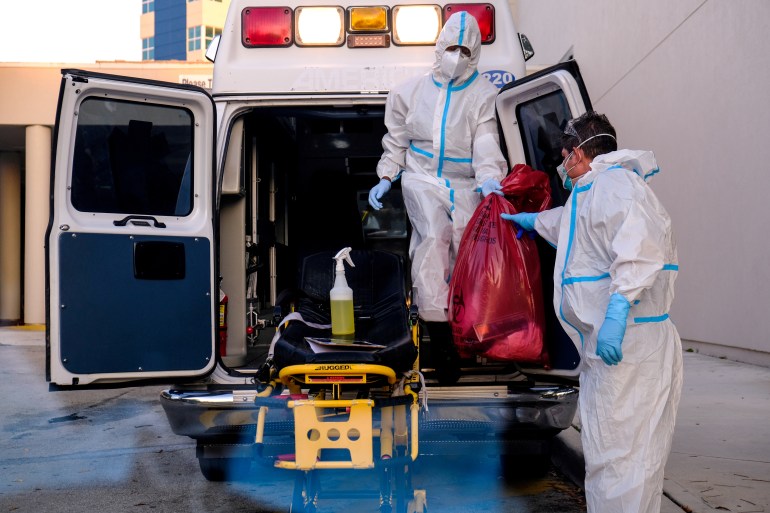 Coronavirus deaths hit daily records in Iowa, Minnesota, Montana and Wisconsin on Wednesday, according to a Reuters analysis.

But, the countrywide case fatality rate – the number of deaths among the positive cases – has declined since early September, government data showed. It is currently at 2.6 percent.

A CDC report published on Tuesday said nearly 300,000 more deaths than usual occurred from late January to October 3 this year. Two-thirds of those deaths were caused by COVID-19, with Black people and Hispanic Americans disproportionately affected.

The CDC said the total number of virus-related deaths is likely to be higher than the official tally.

Meanwhile, the grim figures and loss of lives have taken a heavy emotional toll on thousands of families.

Michigan resident Aaron Burch lost his 61-year-old mother, Cheryl Burch, to COVID-19 after a 51-day battle with the illness.

“I never got the chance to say goodbye to her and it’s still very, very upsetting to me,” the 32-year-old told Al Jazeera. 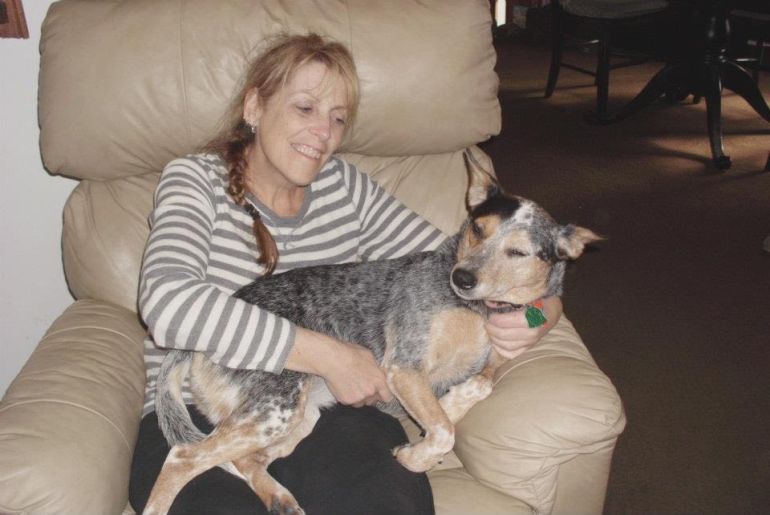 Cheryl Burch would have celebrated her 36th wedding anniversary in August [Photo courtesy: Aaron Burch]“I had to tell her while she was on a ventilator and under a great deal of medication and under sedation that she was going to have her first grandson,” he said.

In the hardest-hit state of New York, Angelina Proia, said she started a support group on Facebook for people who have lost their loved ones to COVID-19, to help cope with her father’s death.

“Losing someone to COVID is so different – you have to deal with people calling it fake or not believing that so many people are dying,” the 34-year-old told Al Jazeera. “We all kind of get it, we get the frustration, the collective anger.”

The coronavirus is one of the main campaign issues and talking points in the upcoming presidential election.

Since the start of the pandemic, President Donald Trump, who was briefly hospitalised with COVID-19, has strongly pushed back against mask wearing, lockdowns and other restrictions designed to limit the spread of the virus. He has openly criticised the World Health Organization (WHO) and other health experts – most notably Dr Anthony Fauci, the US’s top infectious disease expert.

The Republican president has also touted a controversial anti-malarial drug, hydroxychloroquine, as a preventive medicine against the coronavirus despite medical warnings about its use.

Most Americans are critical of Trump’s handling of the pandemic and disapprove of how the administration handled his own illness, according to a poll last week from The Associated Press-NORC Center for Public Affairs Research.

His Democratic rival Joe Biden, on the other hand, is a strong proponent of masks and has pledged to rely on science to tackle the disease.

Experts and analysts feel the mixed political messaging and mistrust of authorities has affected the country’s COVID-19 response.

“The political divide and injection of politics into the response since January has destroyed the ability to mitigate this virus,” Adalja, the Johns Hopkins scholar, said.

“We lack political leaders who take this pandemic seriously, respect expertise or have an orientation towards reality,” he added.

Public health policy in the US falls under the jurisdiction of state and local governments.

Seventy-four percent of Americans, half of them Republicans, say the country is heading in the wrong direction, the AP-NORC poll showed.

“We need a more coherent response and long-term plan, with clear communication of the strategy being taken and overall goals of control. This may require a more unified national response than we have been able to muster so far,” JHU’s Lessler said.