Navratri 2020: No Garba, Check Out Gujarat's SOPs For The Festive Season 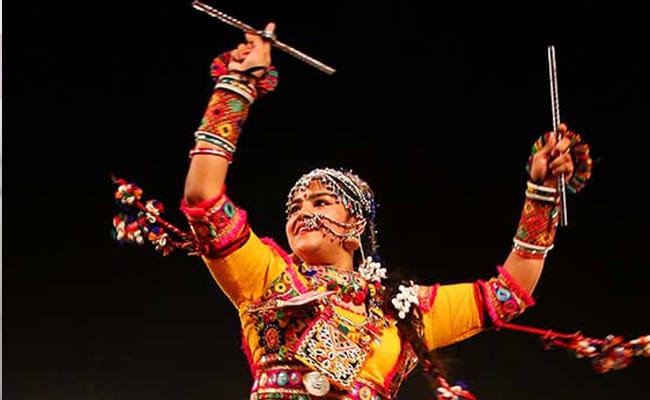 Navratri 2020 Image: No Garba events allowed in Gujarat during Navratri due to Covid-19

On Navratri this year there will be no Garba event in Gujarat. The pomp and grandeur associated with Navratri in the state will be largely missing. The Gujarat government on Friday said Garba get-togethers will not be allowed during Navratri, starting October 17. A set of Covid-related guidelines for the festive season has been issued. Navratri in Gujarat usually sees large gatherings, which can lead to a spike in COVID-19 infections in the state, authorities said.

Navratri 2020: No Garba, Gujarat's Festive Season GuidelinesNo Garba event will be allowed in Gujarat - big, medium or smallPeople can hold small gatherings for praying to Goddess DurgaMore than 200 people cannot be present at the prayer sessionsDurga prayer sessions cannot exceed an hourStrict vigil will be kept so that nobody can perform Garba at the gatheringsPeople who want to organise prayer sessions will need to take prior permission from the governmentAt prayer gatherings, COVID-19-related norms such as maintaining social distance, using masks and sanitizers are mandatoryCitizens above 65, children below 10, pregnant women and people with comorbidities should avoid participating in any public programme during NavratriIf any gathering is organised, people will have to do floor markings with minimum distance of six feetThermal scanners are compulsory at Navratri community prayers and other eventsDuring Dussehra, burning of effigies of Ravana, Ramlila Yatras will not be allowedExhibitions and fairs will not be allowed from Navratri to DiwaliPeople have been advised to celebrate Dussehra, Durga Puja, Diwali, Gujarati New Year, Bhai Dooj and Sharad Poornima at home with familiesFor any functions like marriage ceremonies, up to 100 guests can attend. The same number of people are allowed at funerals as well

Navratri is one of the most popular festivals of Gujarat. Garba events attract revellers from across the world. Garba is a popular folk dance of Gujarat and is performed with passion and fervour during Navratri.