Scientists have test-fired a new rocket booster intended to fly American astronauts back to the moon in 2024.

Known as the Solid Rocket Booster (SRB), it fired for two minutes while secured to the ground as engineers from NASA and Northrop Grumman watched on in Utah.

The booster is the largest solid propellant rocket ever built - 54 metres long and 4 metres wide.

It is also the most powerful launcher since the original Saturn V used during the original Apollo moon missions. 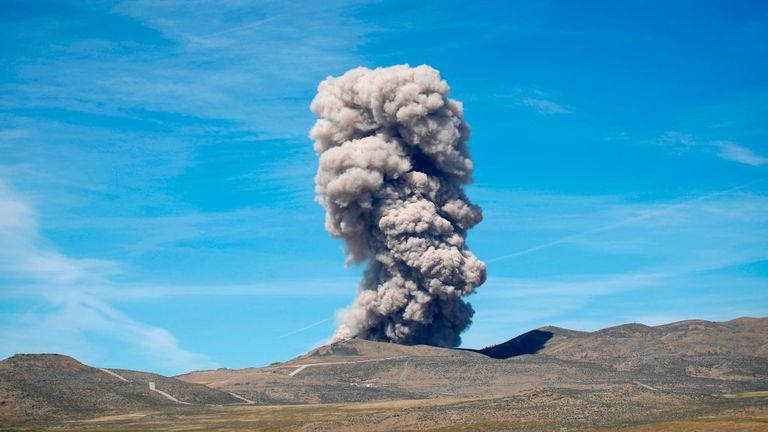 Image: A large cloud of smoke rose into the sky during the test in Promontory, Utah on Wednesday

Two of the SRBs will be used as part of NASA's new Space Launch System, scheduled to bring the first woman astronaut to the moon within the next few years.

NASA has also given SpaceX and Blue Origin the nod to develop its new lunar landers which will take the astronauts to the surface of the moon from orbit.

The private spaceflight companies, owned by Elon Musk and Jeff Bezos, will develop competing systems in parallel, alongside a third company called Dynetics, but NASA will eventually choose one. 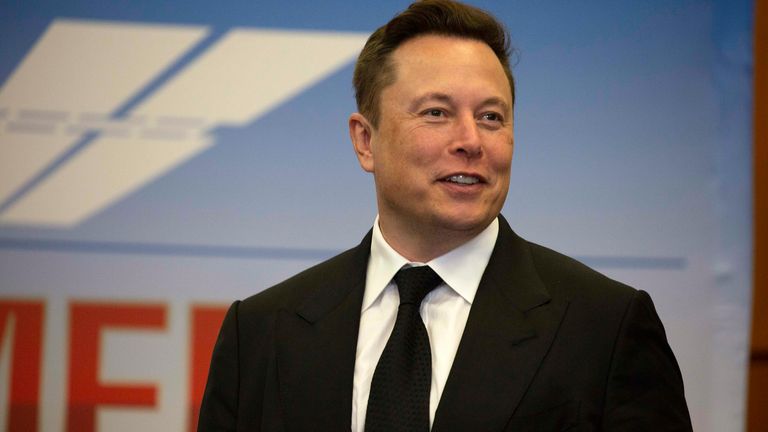 Image: Elon Musk's space company is one of those developing lunar landers for NASA

NASA has awarded the three companies 10-month contracts that are worth a combined $967m (£770m), with payments subject to the companies reaching specific development milestones.

The space agency's new Artemis programme, named after the mythological sister of Apollo, the first moon mission's namesake, will lay the groundwork for an eventual manned mission to Mars.

"With these contract awards, America is moving forward with the final step needed to land astronauts on the moon by 2024, including the incredible moment when we will see the first woman set foot on the lunar surface," said NASA administrator Jim Bridenstine.

"This is the first time since the Apollo era that NASA has direct funding for a human landing system, and now we have companies on contract to do the work for the Artemis programme."

Global smartphone market to grow by 12% in 2021, claims report