Sept. 26 (UPI) -- Mourners gathered for the funeral of travel blogger Gabby Petito in New York on Sunday, as a manhunt for her fiancé continued.

Petito's father and stepfather remembered her passion for travel as they spoke at the service held at Moloney's Holbrook Funeral Home in Long Island, N.Y., her childhood home of Blue Point, N.Y.

"I want you to take a look at these pictures, and I want you to be inspired by Gabby," her father, Joseph Petito said, referencing photos of his daughter that lined a wall inside the chapel. "If there's a trip you guys want to take, take it now. Do it now while you have the time. If there is a relationship that you're in that might not be the best thing for you, leave it now."

Joseph Petito on Saturday also announced the formation of The Gabby Petito Foundation, which will aim to provide resources and guidance to families of missing children.

Petitio's stepfather, Jim Schmidt, the former Chief of the Blue Point Fire Department, said his career as a firefighter saw him arrange funerals and deliver eulogies but lamented that "parents aren't supposed to bury their children."

"Gabby, at 22 years old, helped teach me that you can always make money but you can't make up for lost time," he said. "Gabby loved life and lived her life every single day. She is an example for all of us to live by, to enjoy every moment in this beautiful world as she did. To love and give love to all like she did."

Prior to the ceremony Petito's mother Nichole Schmidt posted to Facebook on Sunday night sharing a series of family photos as she thanked people who have shared support for the family online.

"As I scroll through all the posts, my heart is full of love," she wrote. "I wish I could reach out and hug each and every one of you!!! Your support has been so overwhelming and we are so filled with gratitude."

In North Port, Fla., where Petito lived with Laundrie and his parents, mourners set up a memorial across from City Hall, leaving balloons, teddy bears and signs in her memory.

Petito's body was found in Wyoming's Grand Teton National Park after her family reported her missing while she and Laundrie were on a cross-country road trip. Her death has been ruled a homicide.

Laundrie, 23, has been named a person of interest by North Port Police after he returned home on Sept. 1 without her and the U.S. District Court of Wyoming issued an arrest warrant against him Wednesday after a federal grand jury indicted Laundrie on a single count of unauthorized access to a debit card and two bank accounts. 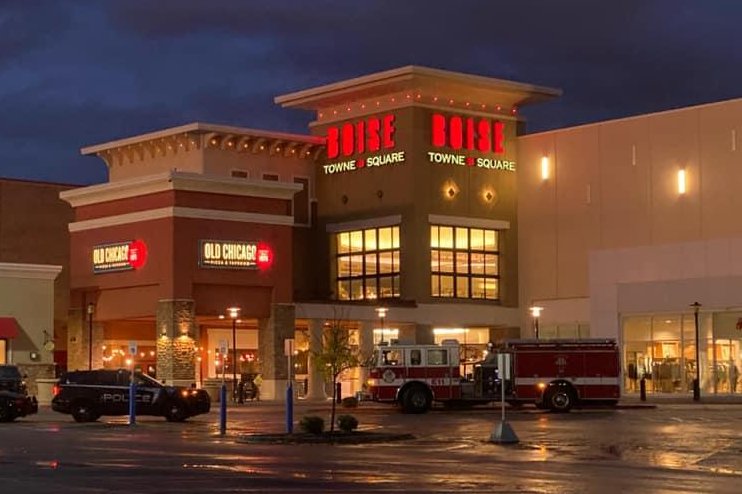