Moderate To Heavy Rain In Delhi, Nearby Areas For Second Consecutive Day 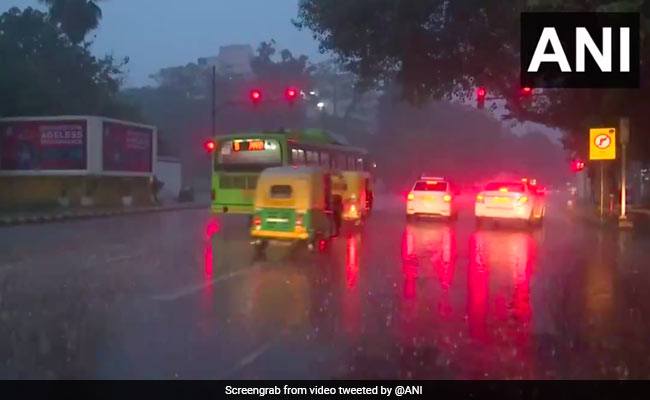 Heavy rains continued to lash the national capital and nearby areas for the second consecutive day today leading to water-logging in many areas of the city.

"Thunderstorm with light to moderate intensity rainfall to occur over some parts of south Delhi (Ayanagar, Deramandi, Tughalkabad), and some districts of Haryana), tweeted India Meteorological Department at 4:55 am on Sunday.

The minimum temperature in Delhi is likely to rise to 9 degrees Celsius in the next two to three days under the influence of the western disturbance, India Meteorological Department said.

Delhi had yesterday recorded the minimum temperature to 7 degrees Celsius due to a cloud cover over the city, the India Meteorological Department (IMD) said.

At 441, the air quality index (AQI) of Delhi was recorded in the ''severe'' category for the second day in a row.

The monitoring stations in many parts of the city including ITO, Mandir Marg, Sirifort, RK Puram and Punjabi Bagh showed the AQI in ''severe'' category.

On January 8, 2006, the city had recorded a minimum of 0.2 degree Celsius. The all-time record is minus 0.6 degree Celsius registered in January 1935.