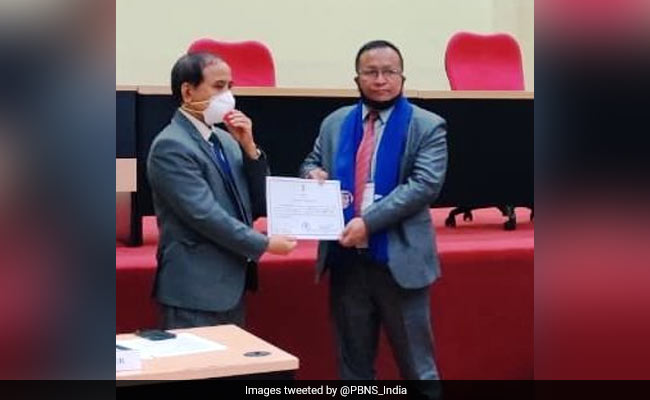 K Vanlalvena secured 27 votes out of the 39 polled to defeat his arch rival B. Lalchhanzova.

K Vanlalvena secured 27 votes out of the 39 polled to defeat his arch rival B. Lalchhanzova of main opposition Zoram People's Movement (ZPM) who got only the seven votes of his party MLAs, returning officer for the Rajya Sabha polls H Lalrinawma said.

Notwithstanding Chakma not turning up, Chief Minister Zorangthanga said that MNF is an NDA ally and Vanlalvena will sit in the ruling coalition bench in the upper house.

"We are fighting the Rajya Sabha polls on the same agenda as Lok Sabha polls. Our candidate will sit in the NDA bench if he is elected," he told reporters after casting his vote during the day.

After his win, Mr Vanlalvena said he would try his best to raise issues for the welfare and development of his state.

The seat was with the Congress whose member Ronald Sapa Tlau's term will expire on July 18.