Migrant workers return to Punjab’s Barnala: ‘No work at home, we need livelihood’

A day after migrant farm labourers started returning to the state beginning with two buses that reached Barnala, the first batch of 32 industrial migrant workers made it back to Punjab in a special bus arranged by the owner of a Hoshiarpur factory. “This is the first such effort to bring industrial labour back in buses to Punjab,” said Punjab Industry Minister Sunder Sham Arora.

Meanwhile, 40 farm labourers who were brought back to Barnala Friday from UP and Bihar were all tested for novel coronavirus on Saturday, and will continue to be in home quarantine in tubewell rooms at farms till their reports come.

In Hoshiarpur, the bus carrying 32 migrants was taken straight to the Civil Hospital for screening, where Minister Arora welcomed them.

After screening for Covid-19 symptoms, all of them were home quarantined at accommodation provided by their employer in the factory or near the factory premises.

In both Hoshiarpur and Barnala, migrant workers – although employed in different sectors – said that they had to come back as there were no means to earn livelihood back home.

Mohammad Sahu, a factory worker in his 30s and a resident of Chakla village in Kishanganj district of Bihar, said he had been working at the same plywood factory for past 7-8 years.

“There was no work and no money to meet even our daily needs after we went home, and then we called our employer here who offered work. So, we decided to come back and earn some money,” he said, adding that he, like the others, had gone back in January on a two-month annual leave but was stuck there due to the lockdown.

Sahu and the 31 others work at Savitri Plywood factory in Hoshiarpur district. It took them three days to reach Hoshiarpur.

The owner of Savitri Plywood Group of Industries, Mukesh Goyal, had borne the charges of bringing them back.

Around 250 to 300 labourers were working in the same factory which is still closed due to non-availability of the labour, and now will be opened from Monday.

All the labourers, who have returned, have been working here for the past 8-10 years and go on an annual leave every year.

Mohammad Tanveer, another labourer, said that it was difficult to survive without employment and he decided to return so that “I can look after my family”.

“A large number of labourers especially industry labour which had returned recently in the special trains wishes to return back and we have arranged some more buses to bring them back,” said Industry minister Arora, adding that he has also written a letter to the central government to provide three trains so that labourers can be brought back as now almost all the industrial units have started working in Hoshiarpur.

In Barnala, the farmers who had arranged the return of 40 migrant workers now await the results of their Covid tests. The reports are likely to come on Monday, after which work in the fields is likely to start.

After being examined at the Civil Hospital Saturday, migrant Dinesh Kumar (27) said: “Pardes mein kamane nahin aayenge to roti kaise khayenge, gaon mein kehti se guzara nahin hota (If we will not come here to work then what will we eat.

Farming back in the village is not enough to make both ends meet). I have only one acre land in Bapudham village in Motihari city of Bihar. I have 5 kids, a wife and my parents. So, produce of one acre is just not enough for me to meet my both ends meet. Twenty persons came from my village and we were desperately calling Sardarji to call us to work as the village has no source of income.”

Raminder Kumar, from the same Bihar village, said: “Money that we earn from Punjab improves our quality of life otherwise our small landholdings are not even able to provide us food for the whole family.”

Jagraj Singh Sidhu, who has 25 acres of land in Kaire village, said that he along with another farmer Sukhwinder Singh Sidhu had gone along with two drivers to bring these labourers back.

“It took us 12 days to bring them back, 6 days each side. I along with Sukhwinder Singh Sidhu had gone along with two drivers. We spent Rs 1.85 lakh on two buses and now even are paying more to labour compared to last year. Government completely backed out and even MSP of paddy has not been increased much. After bringing them back as well, we are not able to take any work from them as today they were tested, including us. Their test reports will come on Monday, afterwards they will be able to work.”

Sukhwinder added, “We have told workers to do transplantation and go inside tubewell rooms. This year they will not be allowed to roam around in village or shops like previous years. It is a process of about a month and afterwards, we will give them money for their train ticket to go back as enough trains will start by that time.”

About the trip to bring back 40 farm labourers, Barnala DC T P S Phoolka, “When they had started from Barnala (on May 25), inter-state movement had not been allowed. Orders came later. Hence, we followed all SOPs as per previous orders and tested them. Now, it only entails intimation so that when they reach back, they can be examined and home quarantined.”

Jagraj Singh added,” More workers are coming from Purnia for Cheema village and other surrounding areas. One worker will earn not less than Rs 50,000 a season or may be more than this. Buses are going from Ludhiana, Sangrur, Patiala areas as well as everyone wants to start work by June 10.”

As per the Unlock guidelines, interstate movement anywhere in the country is allowed, and there is no need to test everyone coming from other states except if symptoms are detected. 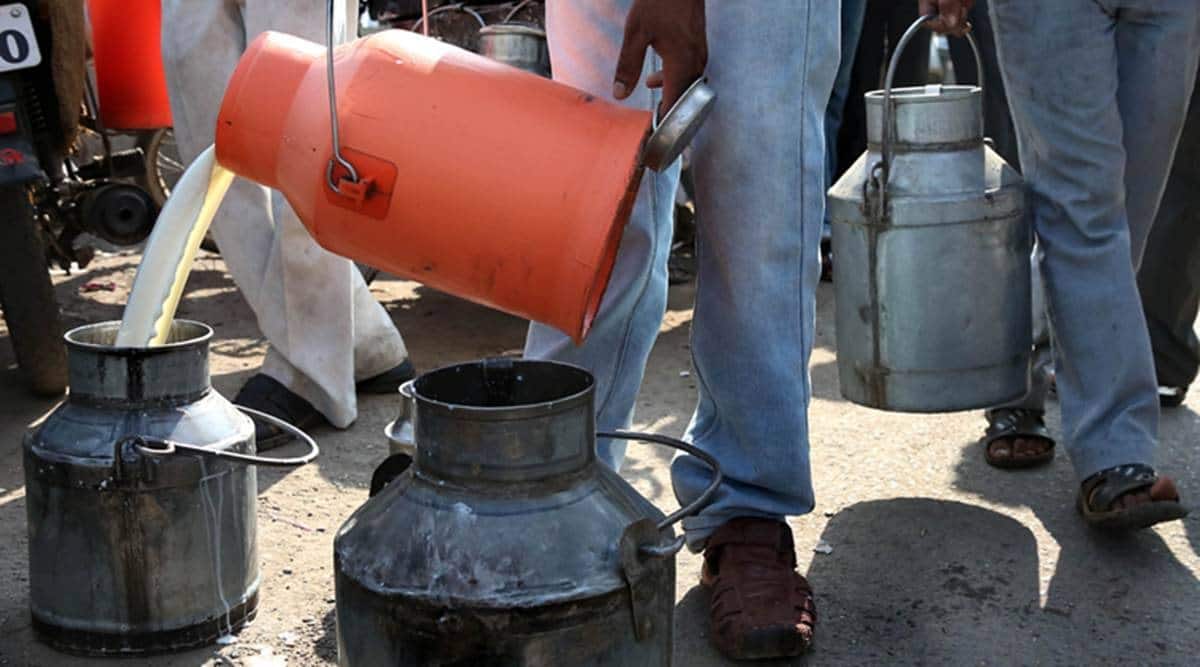