Matthew Williams Is Named the Creative Director of Givenchy

The American designer Matthew Williams, who has made a name for himself with his innovative Alyx collections and collaborations, has been given the top job at Givenchy. In his new role as creative director, Williams will oversee the brand’s womenswear and menswear collections. He will also continue to operate his five-year-old brand Alyx.

“I am extremely honored to join the House of Givenchy,” Williams said in a release. “The maison’s unique position and timeless aura make it an undeniable icon and I am looking forward to working together with its ateliers and teams, to move it into a new era, based on modernity and inclusivity. I am grateful to the LVMH group for trusting me with the opportunity to fulfill my lifelong dream. In these unprecedented times for the world, I want to send a message of hope, together with my community and colleagues, and intend to contribute towards positive change.”

Williams joins Givenchy following the departure of Clare Waight Keller, whose most noteworthy success during her three years at the Paris house was the custom ivory boatneck gown and coordinating lace veil she designed for Meghan Markle’s wedding to Prince Harry. Williams’s own aesthetics are more aligned with the edgy gothicism and streetwear of Givenchy under Riccardo Tisci.

A self-taught designer from California, Williams’s career was launched in 2008 when Kanye West wore a jacket he made during a Grammy Awards performance with Daft Punk. From there, Williams became a regular contributor to West’s creative endeavors from Pastelle to Donda. Later Williams went on to work with Lady Gaga, through whom he met Nick Knight, Nicola Formichetti, and Hedi Slimane, all of whom he’s cited with helping advance his career. “In large part, I owe my success to all the people I met while working for Kanye and Gaga,” Williams said earlier this year. “I learned a lot just by watching others, by seeing the process of creation.” 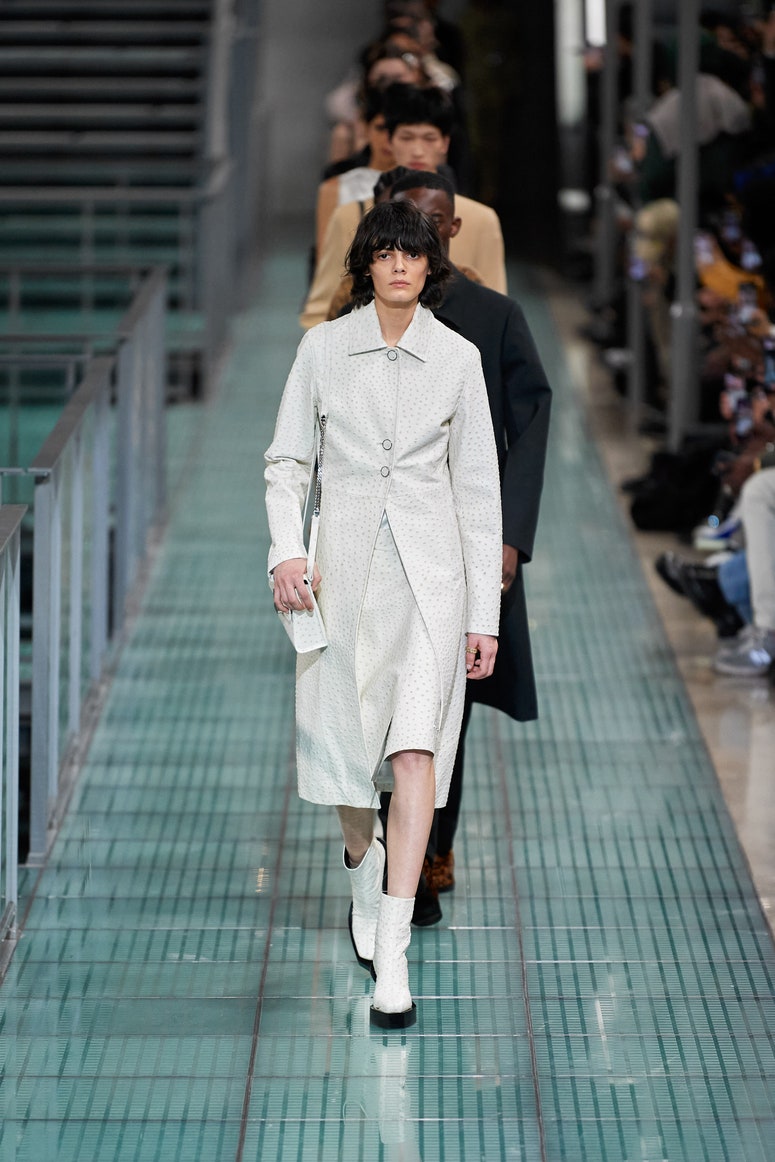 In the early 2010s, Williams formed the Been Trill collective with Virgil Abloh, Heron Preston, Justin Saunders, Florencia Galarza, and YWP; the group created clothing and events together, from logo t-shirts to fashion week parties. Williams spun his Been Trill success into his label Alyx, a co-venture with the Italian streetwear purveyor Slam Jam. Alyx launched as a womenswear collection in 2015 and Williams added menswear 18 months later. From the start, the brand garnered positive press in the industry and became a hit in the menswear community. His most recognizable contribution to late 2010s design was a rollercoaster belt buckle, applied to everything from handbags to coat fastenings. The industrially minded piece and his collaborative approach to design landed Williams a partnership with Moncler Genius, placing him alongside designers like Jonathan Anderson and Simone Rocha, as well as an ongoing arrangement with Dior Men’s artistic director Kim Jones that has seen Williams transform the CD monogram into a hulking buckle accessory. There’s potential for that Dior collaboration to continue, bringing together two LVMH powerhouses. Williams might also hypothetically link up with his Been Trill collaborator Virgil Abloh at Louis Vuitton. Just imagine the buzz around a Dior Men x Louis Vuitton x Givenchy collaboration. His appointment is a signal of change in the exclusive Parisian fashion world, encouraging designers across houses to team up, share ideas, and reshape the fashion system.

Alyx also won industry support for its progressive approach to sustainability and design, and was shortlisted for the LVMH Prize in 2016. Williams moved his family to Ferrera, Italy, and then to Milan to be closer to factories to better oversee more responsible dyeing and cutting innovations. He’s been among the first to use blockchain in his garments and he designs with 3D modeling technology, putting him at the fore of fashion’s increasingly digital future.

“I am very happy to see Matthew M. Williams join the LVMH Group,” LVMH Group chairman Sidney Toledano said in a release. “Since he took part in the LVMH Prize, we have had the pleasure of watching him develop into the great talent he is today. I believe his singular vision of modernity will be a great opportunity for Givenchy to write its new chapter with strength and success.”

Haute Couture, which Givenchy has created as an official member of the Couture Chambre Syndicale, is not mentioned in the release and would be a new arena for Williams. Perhaps that says something about LVMH’s positioning of Givenchy for the future. The house founded by Hubert de Givenchy, made legendary by Audrey Hepburn’s little black dress in Breakfast at Tiffany’s, and once helmed by the likes of John Galliano and Alexander McQueen would seem to be pivoting hard towards a more functional aesthetic—plus actively looking to expand its menswear and accessories business. “I am convinced that, with his unapologetic approach to design and creativity and in great collaboration with the Maison's exceptional ateliers and teams, Matthew will help Givenchy reach its full potential,” says Givenchy’s CEO Renaud de Lesquen, who is also a newcomer to the house, joining in March 2020.

“I think, in general, what you can get out of my story is that it’s a nontraditional approach to fulfilling your dreams as a fashion designer or working in the fashion industry,” Williams told Vogue in 2018. “You can end up where you want to go without always following the most commonly walked path.”

Williams’s debut collection for Givenchy will be shown in Paris in October 2020.

A Record Number of Indigenous Women Are Running for Office This Year. Here’s What an Incumbent Has to Say to a Challenger.

The Best Fashion Instagrams of the Week: Lizzo, Rosalía, and Bella Hadid