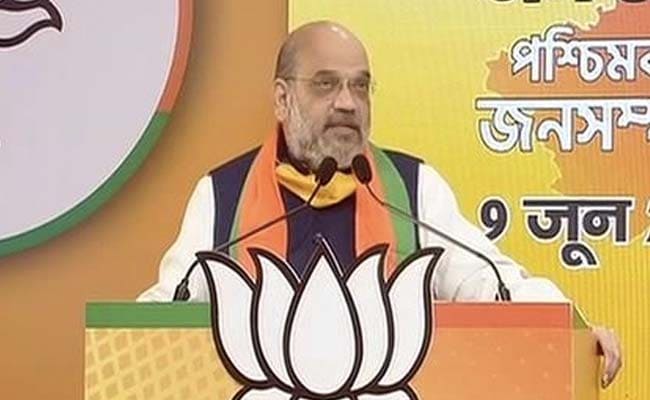 The name "Corona Express" given by Mamata Banerjee to migrant trains will become her "exit route" from Bengal, Home Minister Amit Shah said today, attacking the Chief Minister in a virtual rally.

"The name 'Corona Express' that you have given, Mamata didi, will become your exit route. You've added salt to the wounds of the migrant workers and they will not forget this," Amit Shah said, addressing BJP workers online.

Mr Shah was referring to Mamata Banerjee's criticism of the central government for running migrant special trains amid a surge in coronavirus cases.

Ms Banerjee had also said the railway ministry could take more precautions against the virus. "I was rail minister. I know we have enough rakes. They can easily make the trains longer and stop crowding the trains full of people for 48 hours with no water and no food."