Mamata Banerjee Has Failed On All Fronts: BJP MP 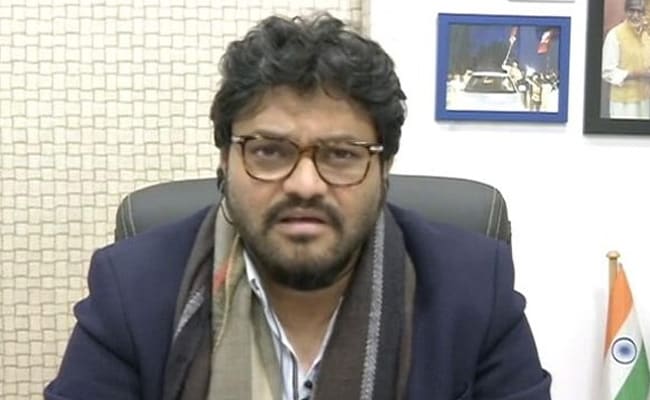 BJP MP Babul Supriyo on Tuesday attacked the West Bengal government, saying that it has failed the people on all counts and the state is ready for a BJP government.

"The rally shows that no matter how far you are from the people you can still connect to them. People of Bengal are ready for the BJP government," Mr Supriyo told ANI.

"Bengali people across the world who witnessed the rally of Amit Shah today got to see how Mamata has failed the state and has been absolutely unjust and unfair to the people. The central government has brought many Yojanas and schemes for the betterment of the people but Mamata Banerjee has never allowed implementing them in the state, this shows how unfair she has been to the people," he added.

The BJP leader said that many people across the country have been benefitted by Ayushman Bharat Yojana, but "Mamata Banerjee does not allow them being implemented in the state."

He said that funds given by the Centre to West Bengal government do not reach the people.

"Even during the COVID-19 crisis, she has been ruthlessly trying to hide facts and continues to do so. There is injustice even while distributing ration to people. Other states like Uttar Pradesh and Bihar are running around 1400 trains but in West Bengal, permission has been granted only for a few trains," he said.

During the virtual rally, Mr Shah said that West Bengal is the only state where political violence prevails, while democracy unites the entire country.

Mr Shah reiterated how BJP lost 100 of its workers due to political violence in West Bengal.