The delay in meetings follows the opposition leader’s claim that he has enough support to become prime minister.

Malaysia’s national palace has postponed audiences with the king for the allies of opposition leader and former Deputy Prime Minister Anwar Ibrahim, senior opposition leaders said on Wednesday, amid a fresh tussle for power in the Southeast Asian nation.

Anwar met King Sultan Abdullah Sultan Ahmad Shah on Tuesday, providing him with evidence to back up his claim about having enough support in parliament to form a new government and replace incumbent Prime Minister Muhyiddin Yassin who took the post in March.

In a statement, the leaders of the Democratic Action Party (DAP) and Amanah said they had initially been summoned for separate audiences with the king. Both the DAP and Amanah are in an alliance with Anwar’s party.

“However, last night His Majesty’s senior private secretary informed us that both sessions with His Majesty have been postponed,” read the statement, signed by DAP Secretary-General Lim Guan Eng and Amanah President Mohamad Sabu.

They did not say whether the palace had set new dates for a meeting. 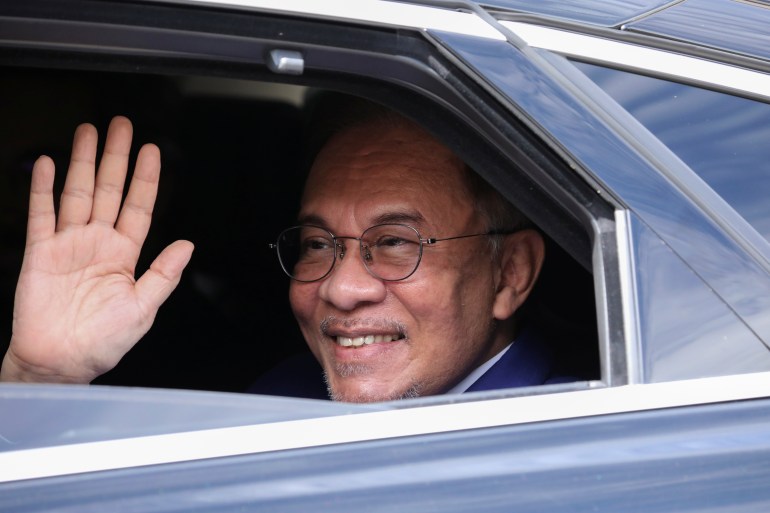 Malaysia opposition leader Anwar Ibrahim had a meeting with the king on Monday [File: Lim Huey Teng/Reuters]At a news conference on Monday, Anwar said he had presented documents to the king to prove he had the support of more than 120 MPs in the 222-seat parliament.

The palace later said in a statement that while Anwar had submitted the number of legislators that he said supported him, he had not revealed the identities of his supporters.

Earlier this year, the king appointed Muhyiddin as prime minister after a power grab led to the collapse of the coalition that was elected in May 2018 and the resignation of Prime Minister Mahathir Mohamad. After interviewing each member of parliament the king said that he believed Muhyiddin was the candidate with the confidence of the house.

Critics say Muhyiddin, who has only a two-seat majority, had stolen power because there was no election.