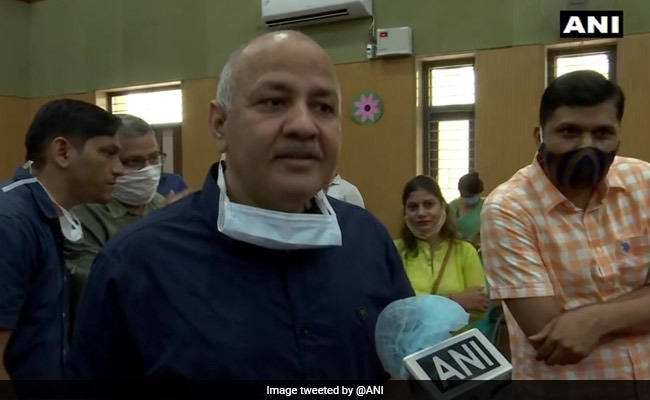 Manish Sisodia, Delhi's Education Minister, said the system will remain a slave of the evaluation system

The proposal in the new National Education Policy (NEP) to make board exams easy will not address the issue of rote learning because the education system will continue to be a slave of the evaluation system, according to Delhi Deputy Chief Minister Manish Sisodia.

Mr Sisodia, who is also Delhi's education minister, said the policy fails to address the need of improving the public education system and focuses on private education, and some of the reforms outlined are part of "wishful thinking".

"Our education system has always been a slave of our evaluation system, and it will continue to be so. The plan to make board exams easy is not going to address the root cause of the problem which is the focus on rote learning. The emphasis will still be on year-end exams, the need is to do away with the concept of evaluating students at the end of the session, be it easy or difficult," Mr Sisodia told PTI in an interview.

"By saying that board exams will be easy, we are not moving towards focus on knowledge application. The policy fails to address this issue. Some of the reforms proposed are good too and in fact, we have already been working on them, but some of them are just part of a wishful thinking," he added.

Asserting that the policy, which has been revised after decades, does not focus on government schools, Mr Sisodia said, "There is no mention at all about what can be done or what will be done to improve the state of public schools in the country. Does that mean all initiatives will be successfully implemented in private schools and colleges and that is the only way out?"

"The policy says philanthropic participation will be encouraged. Almost all big chains of schools and even higher educational institutions are based on a philanthropic model only, which the Supreme Court has already referred to as 'teaching shops'. So are we going to encourage that only? Why did we need a new policy then," he asked.

The NEP approved by the Union Cabinet last month replaces the 34-year-old National Policy on Education framed in 1986 and is aimed at paving the way for transformational reforms in schools and higher education systems to make India a global knowledge superpower.

Teaching up to Class 5 in mother tongue or regional language, lowering the stakes of board exams, a single regulator for higher education institutions, except for law and medical colleges, and common entrance tests for universities are part of the sweeping reforms in the new NEP.

Replacing the 10+2 structure of school curricula with a 5+3+3+4 curricular structure corresponding to age groups 3-8, 8-11, 11-14 and 14-18 years respectively, scrapping M.Phil programmes and implementing common norms for private and public higher education institutions are among other salient features of the new policy.

"The policy is bringing wishful thinking that six per cent of GDP should be implemented. If we do not have a plan to implement what has been proposed, then words are just words. I have raised multiple times that there should be a law mandating the states as well as the central government about a fixed GDP percentage allocation for education, but even the policy fails to address to that," Mr Sisodia said.

Asked about teaching in mother tongue or regional languages proposed by the NEP, Mr Sisodia said, "I totally agree that the medium of instruction should be the home language in the initial years so that the foundation is strong, but I believe it should be limited to the foundation years or the pre-primary stage. Taking it up to Class 5 is not a good idea."

Mr Sisodia also came down heavily on the proposal of a common entrance exam for universities to be conducted by the National Testing Agency (NTA).

"Why do we need this duplication? We already have so much focus on board exams and immediately after that we will have another exam? The focus only on exams will in no way take the emphasis away from rote learning. In my view, it has to be either of the exams," he said.