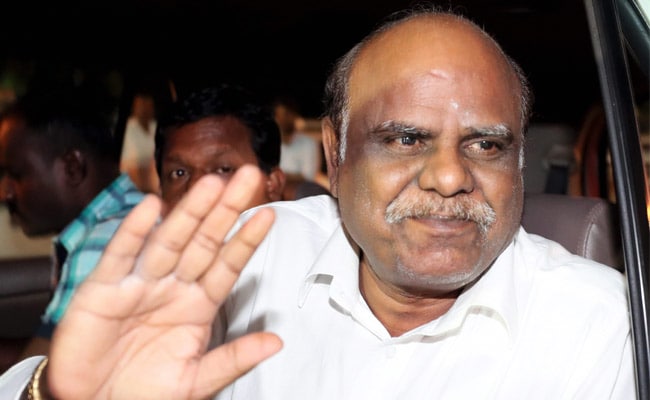 As many as 10 cases were pending against the former judge of the Madras and Calcutta High Courts.

Accepting the undertaking given by Justice Karnan to the effect that he would not indulge in any such activities, Justice V Bharathidasan granted him the relief, but a conditional one.

He had to furnish two sureties for Rs 50,000 each and stay in the city, not tamper with the witnesses and appear before the Investigating Officers as and when required.

Any violation of the conditions would render the bail order cancelled, the judge said.

Earlier, the abusive contents released in the form of videos uploaded in the social media platforms had prompted the Bar Council of Tamil Nadu and Puducherry, a statutory body, to lodge series of complaints against Justice Karnan

Upon taking cognizance of the same, 10 cases had been registered so far for offences under the Indian Penal Code and the Information Technology Act.

His earlier bail petitions were dismissed by the High Court on February 16 this year.