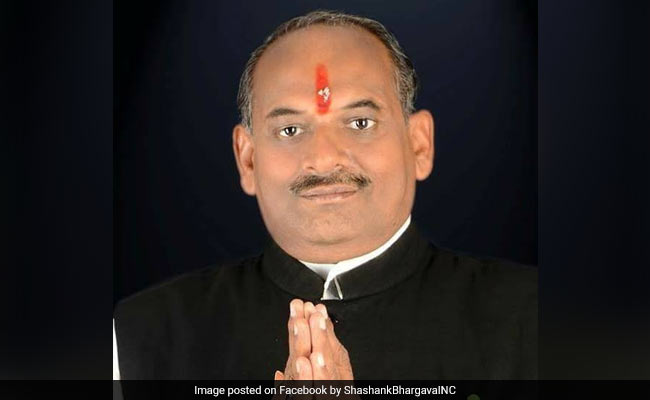 A case has been registered against Madhya Pradesh Congress MLA Shashank Bhargava for allegedly making a derogatory remark against a woman Union Minister during a protest over the fuel price hike, police said on Friday.

Mr Bhargava made the remark during a cycle rally held in Vidisha on Thursday, the police said.

The controversial statement angered the leaders of the ruling BJP in the state, with Vidisha civic body chairman staging a protest against Shashank Bhargava and accusing him of having an "anti-women" mentality.

The BJP lodged a police complaint against Mr Bhargava, who represents the Vidisha Assembly seat.

"An FIR has been registered against Shashank Bhargava under relevant sections of the Indian Penal Code for disobedience to order issued by public servant and sexual harassment and punishment for sexual harassment," Kotwali police station in-charge Virendra Jha said.

Meanwhile, National Commission for Women (NCW) chairperson Rekha Sharma said a reply will be sought from the legislator for this remark.

Reacting to the comment, senior BJP leader and former Union minister Jyotiraditya Scindia on Friday tweeted, "Yatra Naryastu Pujyante, Ramante Tatra Devta (Gods reside there where women are worshipped). But the way our Congress leaders are commenting against women is highly condemnable."

Bengal BJP Cautions Leaders Against Commenting On Division Of State