Sweat is streaming down my face. This is partly because of the unbearable pre-monsoon humidity of Mumbai, but also because I’m trying to run from a policeman.

“You’re not allowed here, madam. Please go,” he tells me sternly. “Bandstand is closed. You know this. I told you so last time also.”

While feeling faintly accomplished at having made enough of an impression on a cop to be remembered, I plead for mercy. “Please sir, I’ll go in five minutes. I just want to see the sunset.”

He shakes his head. “No sunset in lockdown.”

“Please sir, I work six days a week, so Sunday is the only day I can catch the sunset.”

“Tuesday.” He sounds a little unsure.

“Sunday…” I sound like I’m asking him rather than stating a fact.

We blink at each other. It’s a stand-off. This, dear reader, is what the lockdown has reduced us to — fully-grown adults who don’t know what day of the week it is.

Sixty minutes in an hour; 24 hours in a day; seven days in a week — this is the structure we’ve imposed upon time. Different cultures have tried other formulae. The ancient Egyptians had 10-day long weeks. The Soviets tried five- and six-day weeks. The seven-day week, originally developed by the Babylonians before the Common Era, is the one that stuck — until the lockdown, imposed on March 25 to prevent the spread of the coronavirus, killed the weekend.

It happened slowly, like murder by poisoning in an Agatha Christie mystery. First, came the anxiety of contracting Covid-19 and the possibility of being in a containment zone. Then came working from home, the household chores and time lost to queuing outside shops for groceries. Within a few weeks, Mondays felt like Thursday, Thursday felt like Sunday and Sunday felt like Tuesday. Punctuated by blank dread, the hours in a day stretched like chewing gum while a month seemed to pass in a flash. We had entered what writer Helen Rosner has described as an “infinite present”.

As Khushali Jariwala, who works at a production house in Mumbai, put it, “I’m usually only about 80% sure of what day it is.”

Rumour has it that a weekend — two consecutive days of rest and recreation — is normal for much of the salaried workforce. It is a fantasy for many, particularly those in freelance careers. Remembering her pre-pandemic life, actor Rasika Dugal said, “More often than not, I found myself working on weekends.” Yet even when their work life doesn’t acknowledge weekends, people appreciate the idea for the respite it signifies. “A day off on any other day just doesn’t match up. The world is just calmer on a Sunday,” Dugal said.

As Portugal eases the coronavirus lockdown rules, the Catholic Church resumed religious services with a set of safety rules. ( AP )

The weekend as we know it was established only in the 1930s in the United Kingdom and was quickly embraced by many employers around the world because it reduced absenteeism and improved productivity. (In the informal sector, which includes domestic help, the weekend remains a privilege that few workers enjoy.) As the weekend gained popularity, it breathed new life to businesses that broke the weekday routine, like dining out and live entertainment. As both prologue and epilogue to the work week, the weekend was restorative. “There was a sense of unwinding and disconnecting, rejuvenating and looking forward to the week ahead,” said Pune-based tech professional Priyanka Kadam, who has been working from home during the lockdown. Kadam’s pre-pandemic weekend routines included spending hours with her sketchbook at a beloved café and meeting friends at favourite bars.

On the face of it, the internet offers alternative ways to access many weekend activities — restaurants are doing home delivery; musicians like Norah Jones and Radiohead have done regular live sets on social media; live shows are being performed on Zoom. It takes some adjusting, for both audience and performers. Actor Mukul Chadda, who does an improv show on Zoom on Mondays with the group Improv Comedy Mumbai, said, “The audience is on mute, which is a problem because we get zero feedback. But slowly, we are expanding the range of games [performed during the show]. And we’ve found a lot more can be done than what was earlier thought.” Chadda described the improv show as his “only marker” of one week ending and another beginning. Improv Comedy Mumbai has been doing these shows for free since April and Chadda joined the online shows in May.

Our weekends help to centre us after the work week, which isolates many from their immediate world both physically (because of long hours in an office) and emotionally (because of the attention demanded by work). Weekends reconnect us to people and things that ground us. We’ve known the intellectual and emotional value of taking a break, but it’s taken the lockdown for us to realise that physicality is an important aspect of these activities. The enjoyment of the weekend isn’t just conceptual. It needs to be a tangible change from the rest of the week that we process through our bodies — by going out of the house, being part of an audience, seeing something live, nursing a hangover.

During the lockdown, instead of change, there is sameness laced with an all-pervading anxiety. The pandemic has turned commonplace behaviour, like going for a walk or giving someone a hug, feel dangerous. It’s taken away our sense of freedom. “There is no real time to unwind. It isn’t so much because of lack of clear demarcation between work days and weekends as much as the constant uncertainty we all are living in,” said Kadam. Instead of moving forward, time seems to loop.

Covid-19 feels as though it’s paused the passage of time (unless you’re a frontline worker witnessing severely-afflicted patients lose their battle with the infection; in those situations, the virus makes time move with terrifying speed). Speaking to the popular science podcast Radiolab for an episode aired on May 29, a scientist working at the Vanderbilt University Medical Center’s laboratory, researching the impact of the drug Remdesivir on the Sars-CoV-2 virus, said the clocks in her bio-safety lab in Tennessee, America keep stopping. They’re not sure why, but in the lab, the clocks’ batteries keep corroding. It’s as though the coronavirus is literally stopping time.

Last Saturday, Dubai-based food and travel writer Vidya Balachander stepped out of the house after nearly three months to meet friends for lunch. “Despite the blistering Dubai heat, the prospect of going out to eat was so tantalising,” said Balachander. They lunched at a Thai restaurant which, in true Dubai fashion, was along an artificial canal and reached by boat; and where distancing norms were strictly observed. There were enough reminders of the pandemic, but just the fact that they were eating out felt liberating. “I think the freedom to eat in restaurants was one we took so much for granted until the pandemic took it away from us,” said Balachander.

Their meal sounds like a diorama of familiar fragments of weekends past (a restaurant setting, friends gathering, a table heaped with food) and elements of a future shaped by the threat of infection — the servers wore gloves and masks, and the tables were arranged as per distancing requirements. Most importantly, this quintessential weekend activity of a meal with friends at a restaurant signifies a break from the mobius-strip reality of the lockdown.

It’s not as though the lockdown has been without silver linings. The air across the country is cleaner than it has been in years. There has been time to learn new things and work on abandoned projects. Our national reputation as far as Azerbaijan is concerned is intact since the country has been spared the experience of surviving a song sequence starring Salman Khan (a song for his Eid release ‘Radhe’ was to be shot in that country, but the shoot was cancelled).

Most importantly, the lockdown has pushed us to appreciate time lost and time well-spent. Especially when days blur into one another, it has brought home the importance of the weekend and everything we associate with that break from routine. Without the respite of the weekend, it’s difficult to remain mindful of the present. As poet Emily Dickinson wrote:

“Forever — is composed of Nows —

’Tis not a different time —

And Latitude of Home…”.

Here’s to surviving the lockdown and reviving the weekend... 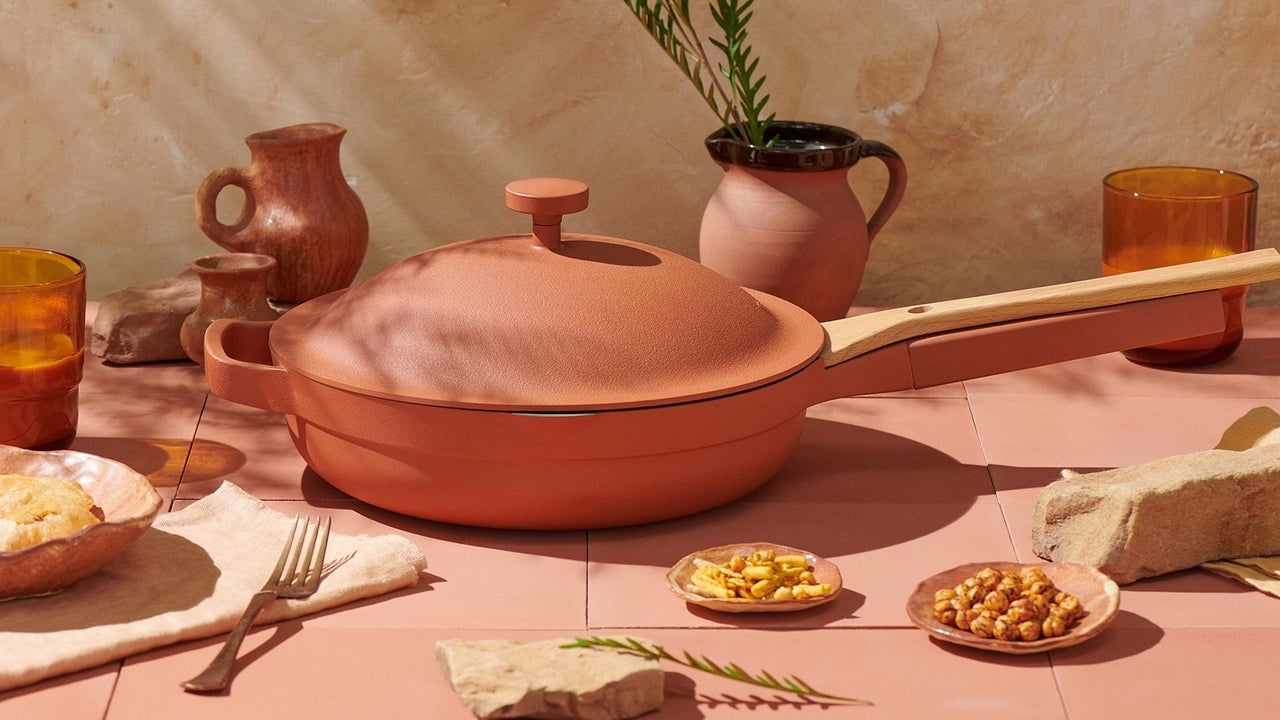 The Instagram-Famous Always Pan Is On Sale for Father's Day