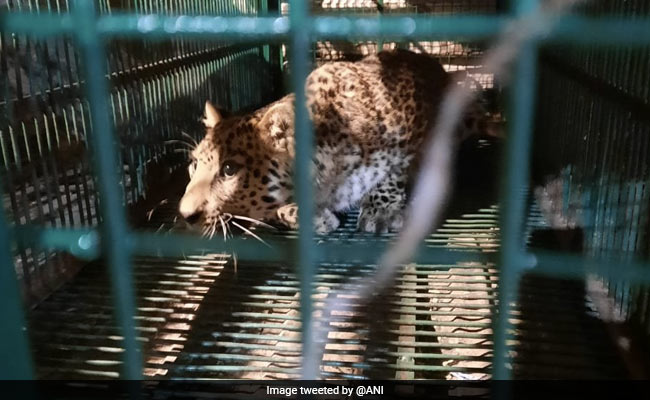 A leopard that got entangled in a wire mesh in Darjeeling's Margarets Hope Tea Garden.

A leopard that got entangled in a wire mesh in Darjeeling's Margarets Hope Tea Garden was rescued and taken to a nearby facility for further treatment, said a forest official on Sunday.

"On receipt of information from the public, the forest staff from Senchal West Range immediately responded and reached the spot and assessed the situation. The tranquillisation team from Sukna and the veterinary team from the PNHZP were mobilized for the rescue," he said.

"A safety perimeter was established with nylon nets and tranquillisation was done. The operation was completed successfully by 3:30 PM and the leopard was taken to the PNHZP for further treatment," he added.