Twilight star Kristen Stewart will play Princess Diana in an upcoming movie about the breakdown of her marriage to Prince Charles.

Titled Spencer - Diana's maiden name - it will document a three-day period from the early 1990s when she was staying in the House of Windsor at the Queens Sandringham estate in Norfolk. 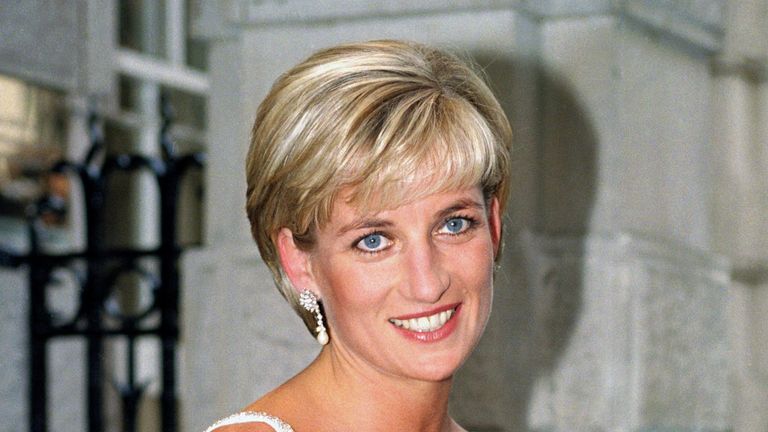 Image: The movie is set over three-days during Christmas at the Sandringham estate in Norfolk

It was to be her final Christmas holiday spent with the Royal Family.

The independent film will be produced and directed by Oscar-nominated Chilean filmmaker Pablo Larrain, according to Hollywood entertainment site Deadline.

The script has been written by Peaky Blinders creator Steven Knight.

The director told Deadline he was interested in breaking down the traditional "fairy tale" images around royalty and delve into Princess Diana's "fascinating life".

He said: "Usually, the prince comes and finds the princess, invites her to become his wife and eventually she becomes queen. That is the fairy tale.

"When someone decides not to be the queen, and says, 'I'd rather go and be myself', it's a big, big decision, a fairy tale upside down.

"I've always been very surprised by that and thought it must have been very hard to do. That is the heart of the movie."

The film will also look at Diana as a mother to the two young princes, William and Harry. 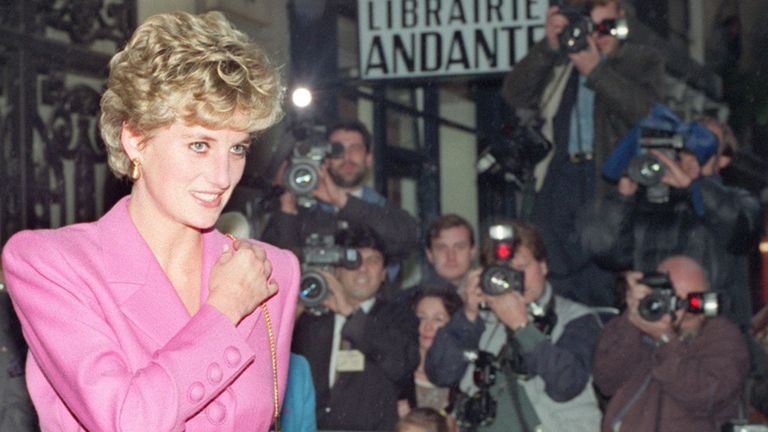 Image: Diana's life was scrutinised by the paparazzi. Picture taken in Paris, 1992

Calling Kristen Stewart "one of the greatest actors around today", Larrain said the 30-year-old American actress has the "mystery, fragility and strength" needed to play the role.

He went on: "I think she's going to do something stunning and intriguing at the same time. She is this force of nature."

After starting her career in the big budget Twilight Saga franchise, which earned her worldwide fame, Stewart has gone on to focus on independent films and more leftfield roles.

English actress Naomi Watts played Princess Diana in the 2013 film, directed by Oliver Hirschbiegel. It was universally panned by critics.

The next screen portrayal of Diana will be in the fourth series of Netflix's The Crown, when newcomer Emma Corrin will step into the role.

The movie will not cover Diana's tragic death in Paris in 1997, the year following her very public divorce.

Spencer will now be touted at the Cannes Film Festival virtual marketplace, with production expected to start next year.