Kim Kardashian West has thanked the Supreme Court for granting a stay of execution to a death row inmate.

The reality TV star, who has become a criminal justice reform campaigner and is studying law, had called for a reprieve for Ruben Gutierrez, an inmate in Texas who was sentenced to death for murdering an 85-year-old woman in 1998.

He has always maintained his innocence and supporters, including Kardashian West, have called for DNA collected from the victim's body to be tested in a bid to prove he is not guilty. 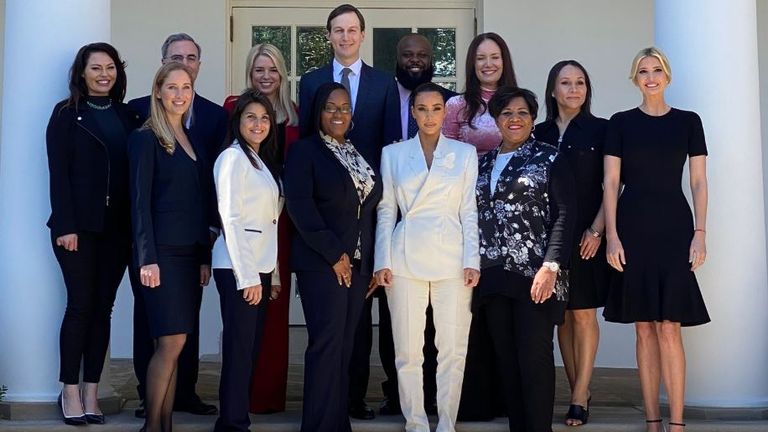 Gutierrez was scheduled to be put to death by lethal injection on Tuesday, but his execution was stopped by the Supreme Court just an hour beforehand.

His lawyers successfully argued his religious rights are being violated because the Texan prison system will not allow a chaplain to accompany him to death row.

Kardashian West, 39, said: "Thank you Supreme Court of the United States for granting a Stay of Execution for Ruben Gutierrez! Now his case will go back to the lower courts to decide the issues with his case!"

Gutierrez is not the first US prisoner Kardashian West has helped.

The 39-year-old's work has led to several inmates being freed - most notably Alice Johnson, a woman convicted of drug and money laundering charges in 1996.

She was released from prison in June 2018 after Kardashian West asked US President Donald Trump to grant her clemency.

The reality star was also among the celebrities who pleaded for the release of a teenage sex trafficking victim who was jailed after killing a man who tried to rape her.

The Keeping Up With The Kardashians star has visited the White House as part of her campaigning, including in March when she was accompanied by three women who had their sentences commuted by Mr Trump.

Her father, Robert Kardashian, was an attorney, who became well known after joining the defence team of former American football star OJ Simpson.

The star's work has been documented in the programme Kim Kardashian West: The Justice Project.