‘Just the beginning’: US imposes new sanctions on Cuba

The move signals the Biden administration is unlikely to soften the US approach towards Cuba anytime soon.

The United States imposed sanctions on a senior Cuban security official and an interior ministry brigade following a crackdown on anti-government protests earlier this month, the US Treasury Department announced Thursday.

The move marks the first concrete steps by President Joe Biden’s administration to apply pressure on the Cuban government as the United States faces calls from US lawmakers and the Cuban-American community to show greater support for the protesters.

“This is just the beginning,” Biden said in a statement. “The United States will continue to sanction individuals responsible for oppression of the Cuban people.”

“I unequivocally condemn the mass detentions and sham trials that are unjustly sentencing to prison those who dared to speak out in an effort to intimidate and threaten the Cuban people into silence,” said Biden.

White House press secretary Jen Psaki told reporters, “We’ve made clear over the last week that addressing this moment was a priority for the administration.”

The Treasury Department named 78-year-old Cuban national Alvaro Lopez Miera and the Interior Ministry as targets of the sanctions. 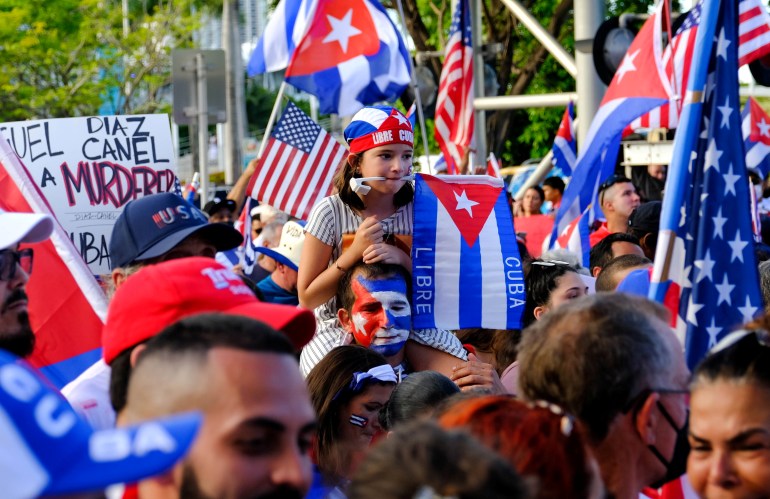 US President Joe Biden had promised during the 2020 presidential campaign to reverse some of Trump’s anti-Cuba policies, but Thursday’s announcement suggests little appetite for a return to rapprochement [Maria Alejandra Cardona/Reuters]

The speed with which the administration has crafted new sanctions further signals Biden is highly unlikely to soften the US approach to Cuba anytime soon after his predecessor, Donald Trump, rolled back a historic Obama-era effort to thaw relations with Havana.

Thousands of Cubans staged spontaneous anti-government protests a week ago to demonstrate against an economic crisis that has brought shortages of basic goods and power outages. They were also protesting the government’s handling of the coronavirus pandemic and curbs on civil liberties. Many activists were arrested.

Biden had promised during the 2020 presidential campaign to reverse some of Trump’s anti-Cuba policies, but Thursday’s announcement suggests little appetite for a return to rapprochement. 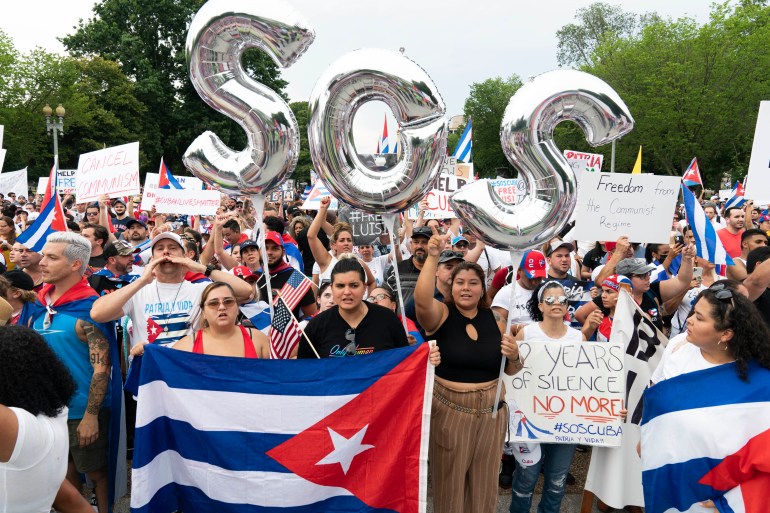 Cubans have been posting photos of people they say they cannot locate or sharing stories of detentions on a Facebook group called ‘Disappeared #SOSCuba’ with more than 10,000 members. [Jose Luis Magana/AP Photo]

Trump had imposed severe restrictions on the flow of remittances, which are believed to have previously amounted to several billions of dollars annually.

The Cuban government has blamed the protests mostly on US-financed “counter-revolutionaries” exploiting economic hardship caused by US sanctions.

On Tuesday authorities confirmed they had started the trials of those detained on charges of instigating unrest, committing vandalism, propagating the coronavirus pandemic, or assault, charges that could carry prison sentences of up to 20 years.

“There are people who will receive the response that Cuban legislation allows for, and it will be energetic,” President Miguel Diaz-Canel said on state television last week. He promised there would be due legislative procedure.

Javier Larrondo, a representative of the human rights organisation Cuban Prisoners Defenders, said authorities would likely lock up the most charismatic and effective opposition leaders, who lately have often been young artists, whether or not they were at the protests.

“We will have hundreds of political prisoners in just two weeks,” he said. 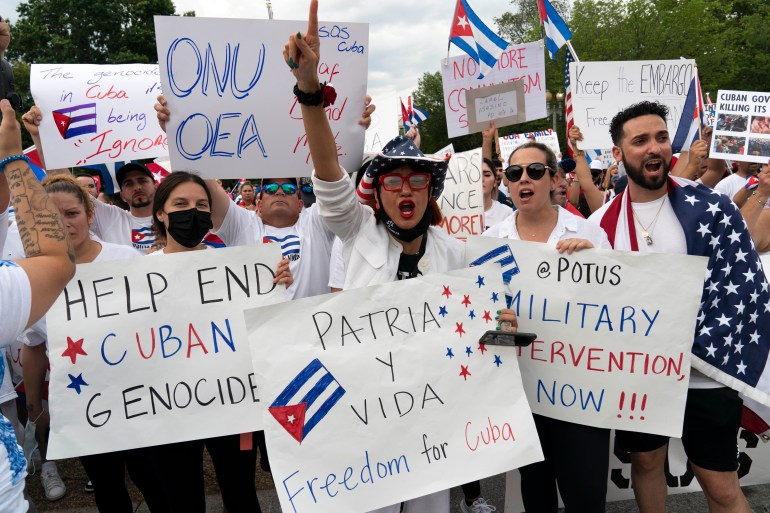 Exiled rights group Cubalex, which has established a spreadsheet of those detained that it updates every day as new reports come in, says more than 500 Cubans appear to have been detained during the protests or afterwards.

It said the tally was likely higher, but some families may fear reporting the arrest of relatives in case of reprisals such as losing their state sector jobs.

The majority of those detained have been kept incommunicado, while the location of some is still unknown, said Cubalex and Human Rights Watch, based on interviews with relatives.

Cubans have been posting photos of people they say they cannot locate or sharing stories of detentions on a Facebook group called ‘Disappeared #SOSCuba’ with more than 10,000 members.