United States appeals court judges on Tuesday signalled scepticism toward a bid by President Donald Trump's former national security adviser Michael Flynn to compel a federal judge to immediately drop the criminal case against him as the Department of Justice has demanded - even though Flynn pleaded guilty to lying to the FBI.

Ten judges from the US Court of Appeals for the District of Columbia Circuit were hearing arguments in the politically charged case after a three-judge panel, in a 2-1 ruling on June 24, directed US District Judge Emmet Sullivan to grant the Justice Department's motion to clear Flynn.

As the hearing got under way, Sidney Powell, Flynn's lawyer, accused Sullivan of "usurping" the job of a prosecutor and said the judge "impermissibly sallied forth to right the wrongs that he perceived". 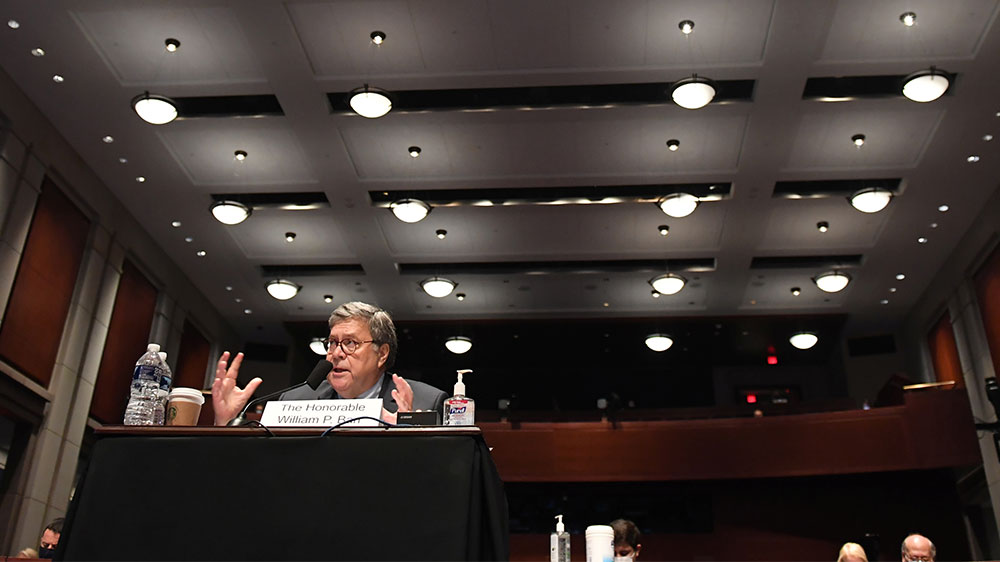 Democrats and other critics have accused Attorney General William Barr of protecting Trump's friends and allies in this and other high-profile criminal cases, warping the rule of law. Trump on July 10 also commuted the prison sentence of his friend and adviser Roger Stone, who was convicted of lying under oath to lawmakers investigating Russian interference in the 2016 US election.

Early questions from the judges dealt with procedure and whether it was premature for their court to step in now, before Sullivan has even ruled on the Justice Department's request for dismissal.

Judge Thomas Griffith said Sullivan appeared to be simply "educating" himself by holding a court hearing before ruling on the Justice Department's request.

"The judge is not simply a rubber stamp," Griffith said, echoing words that Sullivan has used in the case.

"The integrity and independence of the courts is also at play here," Judge Cornelia Pillard told Justice Department lawyer Jeff Wall, asking whether any "self-respecting" federal district judge "would simply jump and enter an order without doing what he can to understand both sides".

Pillard suggested there was nothing improper about Sullivan's decision to appoint a retired judge to make arguments against the Justice Department's request.

"It is the core of any judge's job to assess cases using the best arguments that can be made on both sides," Pillard said.

"And your position," Pillard told Flynn's lawyer, "is that 'No, he can't hear both sides on the law and he has to drop the case like a hot potato.'"

Flynn pleaded guilty two times to lying to the FBI about his conversations with Russia's then-ambassador, Sergey Kislyak, concerning US sanctions imposed on Moscow under President Barack Obama before Trump took office in 2017. 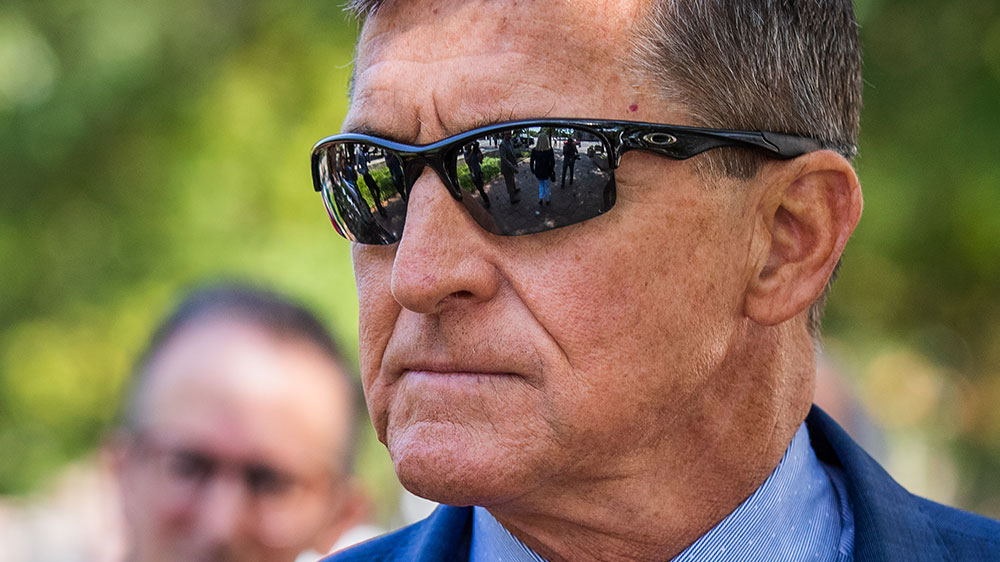 Wall told the judges that Sullivan lacks the constitutional authority to second-guess the dropping of the Flynn case.

Wall also suggested the possibility that the Justice Department moved to drop the Flynn case because of findings that have not been made public. "It may be possible the attorney general had before him information that he was not able to share with the court," Wall said, without offering specifics.

Sullivan asked the full DC Circuit court to reconsider the three-judge panel's ruling, saying the Justice Department's move to clear Flynn was unprecedented and had to be carefully scrutinised.

After pleading guilty, Flynn changed course and switched lawyers to pursue a scorched-earth tactic that accused the FBI of setting him up.

Tuesday's arguments were being heard by 10 of the DC Circuit's 11 active judges. Judge Gregory Katsas, a Trump appointee who previously served in the White House Counsel's office, recused himself.

The judges will either rule to allow Sullivan to hear arguments on the Justice Department's request to dismiss the charges, or rule against the judge and order an end the case. The DC Circuit's decision then potentially could be appealed to the US Supreme Court.

Flynn joined Trump's 2016 campaign and at the Republican National Convention that year led chants of "Lock her up," referring to Democratic candidate Hillary Clinton. Trump fired Flynn after only 24 days as national security adviser when it emerged that Flynn had misled Vice President Mike Pence and the FBI about his dealings with Kislyak.