Johnny Depp is finally set to find out if he has won his blockbuster libel case against The Sun over an article labelling him a "wife beater", with a date now announced for the ruling.

The high-profile trial unfolded over three weeks at the Royal Courts Of Justice in London in July, after the Hollywood star sued the tabloid's publisher News Group Newspapers (NGN) and its executive editor Dan Wootton.

Making headlines around the world, the hearing featured extraordinary revelations about Depp's relationship with ex-wife Amber Heard, as well as his drinking and drug-taking and celebrity friendships. 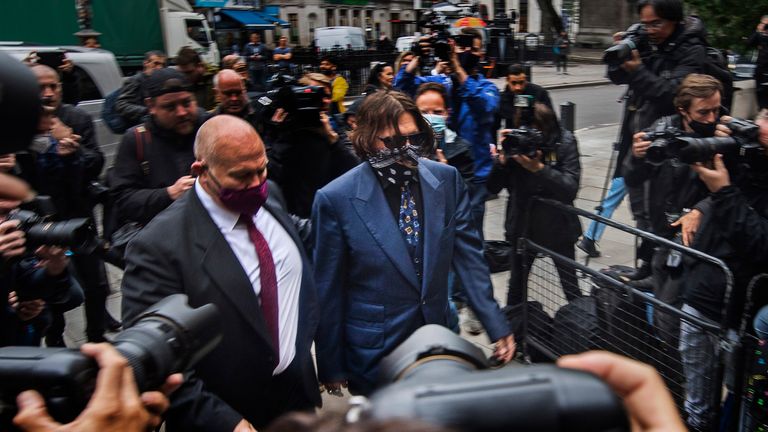 Image: The actor's case against The Sun attracted worldwide atttention It centred around a 2018 article that alleged Depp, 57, was violent to Heard, 34, during their time together.

Now, it has been announced that judge Mr Justice Nicol will deliver his long-awaited ruling on Monday.

The judgment will come three months after the end of the libel trial, which heard evidence from both stars, as well as friends and relatives and several former and current employees.

Depp was in the witness box for five days, facing intense questioning about his Hollywood lifestyle, his use of drink and drugs, allegations of violence and his friendships and associations with famous faces including Rolling Stones guitarist Keith Richards and musician Sir Elton John.

In closing arguments, the actor's barrister David Sherborne said suing The Sun was not about money for Depp, but vindication.

"When I say he has lost everything, to him obviously everything is his reputation," Mr Sherborne told the court. "This is not about money, this is vindicating him." Sasha Wass QC, for NGN, argued there was "no doubt" that Depp abused his wife.

"The characterisation that he is a wife-beater is entirely truthful," she told the court.

However, allegations of violence were also made against Heard, as well as accusations about her relationships with stars including James Franco and Elon Musk.

As the trial drew to a close, Ms Heard stood outside on the steps of the High Court and said she stood by her evidence and would "place her faith in British justice".

Both stars denied allegations of violence. 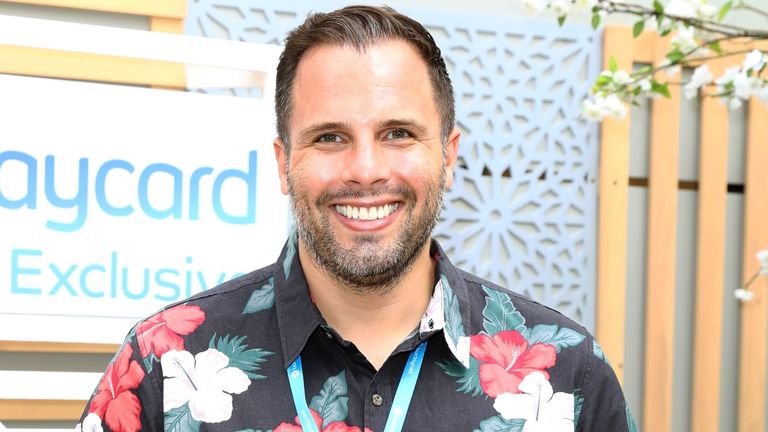 The article at the centre of the case is a column written by The Sun's executive editor Dan Wootton in April 2018, which asked how Harry Potter author JK Rowling could be "genuinely happy" casting "wife beater" Depp in the latest Fantastic Beasts spin-off franchise. The role was offered despite the allegations by Heard.

The Pirates Of The Caribbean star denies ever having been violent to Heard and claims quotes in the article from alleged victims of disgraced film producer Harvey Weinstein were designed to "finish his career" by linking the allegations against him to the #MeToo and Time's Up movements.

NGN defended the article as true.

Depp will find out the judge's ruling, which is being given remotely, at 10am on Monday.

Neither he nor Heard are expected to appear at the court.