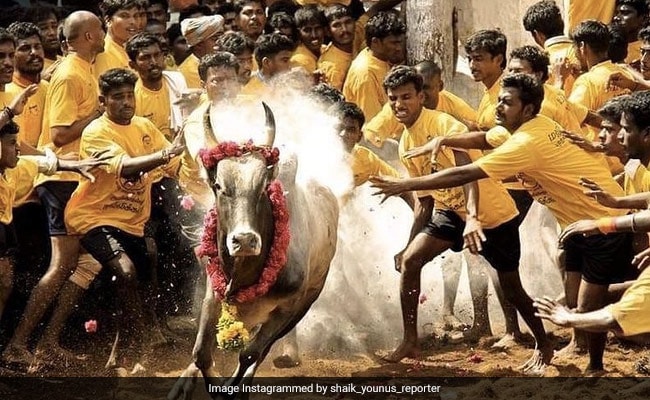 Jallikattu: Ahead of Pongal, bull trainers start preparations in Madurai

Jallikattu, a popular bull-taming sport held during Pongal is approaching. Bull trainers in Madurai have started gearing up for Jallikattu. The process of registration for the bull fighting event begins 10 days in advance, with medical check-up for both the bulls and Jallikattu cattle players. The Tamil Nadu government granted permission to hold the traditional but controversial sport with certain restrictions last week. The event is set to be held in Madurai and the surrounding villages from January 15 to 17.

According to the government's directive, the number of players cannot be more than 150 at an event and COVID-19 negative certificates are compulsory for the players. The number of spectators has also been restricted to 50 per cent of the gathering.

The bulls are trained through an intensive process called mann kuthal, where the animals develop their skills by digging their horns in the wet earth.

One of the most popular sites for Jallikattu is the Alanganallur village in Madurai, which receives tourists from all over the world. Bull trainer Nivathan and his family have been raising five Jallikattu bulls, especially for the festival. "I take the bulls out to train twice a day, one in the morning, and one in the evening. The festival will be held next week," Nivathan told news agency ANI.

The Supreme Court in 2014 had banned Jallikattu after a plea was filed by the Animal Welfare Board of India and the People for the Ethical Treatment of Animals (PETA). The state government had argued that Jallikattu was a crucial part of the state's culture and identity. The ban was later lifted in January 2017. The law was amended after massive protests in Chennai.