Israel to offer COVID booster shots for over 60s: PM

Those eligible will be able to get the booster shot as long as they received their second dose more than five months ago.

Israel will begin offering a third shot of the Pfizer-BioNTech COVID-19 vaccine to people aged over 60 who have already been vaccinated, the country’s prime minister announced on Thursday, becoming the first country to offer a third booster dose to its citizens.

“I’m announcing this evening the beginning of the campaign to receive the booster vaccine, the third vaccine,” Naftali Bennett said in a nationally televised address.

Those eligible will be able to get the booster shot as long as they received their second dose more than five months ago, Channel 13 TV and Kan public radio reported.

Israel was a world leader in the vaccination rollout, with many seniors getting their jabs in December, January and February as they were regarded as the most vulnerable section of the population.

About 57 percent of Israel’s 9.3 million population has been vaccinated.

The country was accused of vaccine apartheid after Palestinians in the West Bank and Gaza Strip, who live under varying degrees of Israeli control, were denied vaccines as it launched one of the fastest inoculation campaigns in the world.

But since the emergence of the Delta variant, the health ministry has twice reported a drop in the vaccine’s effectiveness against infection and a slight decrease in its protection against severe disease.

About 160 people are hospitalised with severe symptoms and daily infections have spiked to more than 2,000, up from just a handful of cases per day a few months ago.

The booster campaign, expected to be announced formally soon, will effectively turn Israel into a testing ground for a third dose before approval by the US Food and Drug Administration (FDA).

On July 11, the government started offering a third dose to adults with weak immune systems.

“We are administering as of now a third shot to people suffering from immunodeficiency,” Health Minister Nitzan Horowitz said. 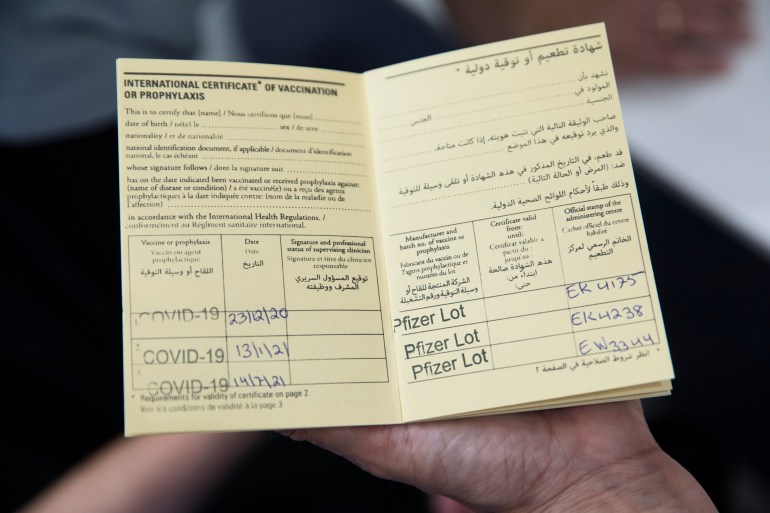 Pfizer said on Wednesday it believes people need the additional dose to keep protection against the coronavirus high. The company says it could apply for US emergency authorisation for booster shots as early as August.

Last week, the health ministry estimated the vaccine was only 41 percent effective at halting symptomatic infections over the past month. Protection against severe disease remained strong at 91 percent.

Some experts have criticised the ministry’s analysis because of possible bias that could be skewing the data. Others said Israel should wait a little longer to receive more information about the safety and effectiveness of a third shot.

The cabinet is hoping that the vaccines will allow it to avoid costly lockdowns by protecting those most vulnerable to severe disease, even as infections climb.

Israel has registered a total of 6,463 deaths and 868,045 confirmed cases since the beginning of the pandemic according to data provided by Johns Hopkins University.