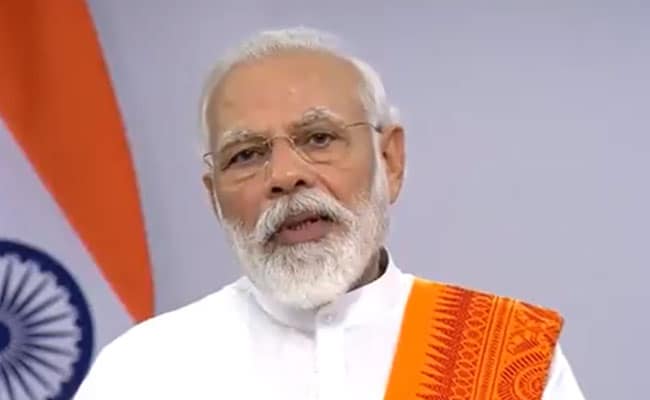 Prime Minister Narendra Modi is addressing the nation online to mark the International Yoga Day, which is being celebrated this year without mass gatherings amid coronavirus. For the first time since it was instituted on June 21, 2015, coinciding with the Summer Solstice each year, Yoga Day has gone digital.

This year's theme is "Yoga at Home and Yoga with Family".

Yoga is a means of establishing harmony between body and mind, action and thought and between man and nature. This precious gift of Indian culture to the entire humanity has been given global acceptance by Modi ji through his efforts, which today has led the whole world to adopt Yoga.

"Yoga promotes principles of peace, rights and wellbeing that UN is working towards. Celebrating #International Yoga Day, we're sending message of unity and connection, one that is of substantial value at time of great challenges but also great opportunities for multilateralism," Tatiana Valovaya, Director-General of UN, Geneva, said on Twitter.

Every year International Yoga Day is celebrated on June 21. Its sixth edition falls on Sunday, which also happens to have a solar eclipse day in several parts of north India, including Delhi.