Indonesia searches for missing after deadly gold mine collapse

At least 15 survivors pulled out while search under way for the missing after an illegal mine in central Sulawesi province collapsed.

Rescue teams in Indonesia’s central Sulawesi province are searching for survivors after a landslide in an illegal gold mining area killed six people, the search and rescue agency said on Thursday.

Teams comprising police, military and the local disaster agency deployed heavy machinery on Thursday to help the search in the village of Buranga after the landslide on Wednesday evening.

At least 15 survivors had been found as of Thursday.

Fatmawati, a spokeswoman from the search and rescue agency in the provincial capital Palu, who goes by one name, said at least one person was missing.

“Among those found dead were a husband and his wife,” Andia Sultan, the operational head of the provincial search and rescue agency said.

Disaster officials said intense rainfall and unstable soil structure at the illegal mining site may have contributed to the landslide. 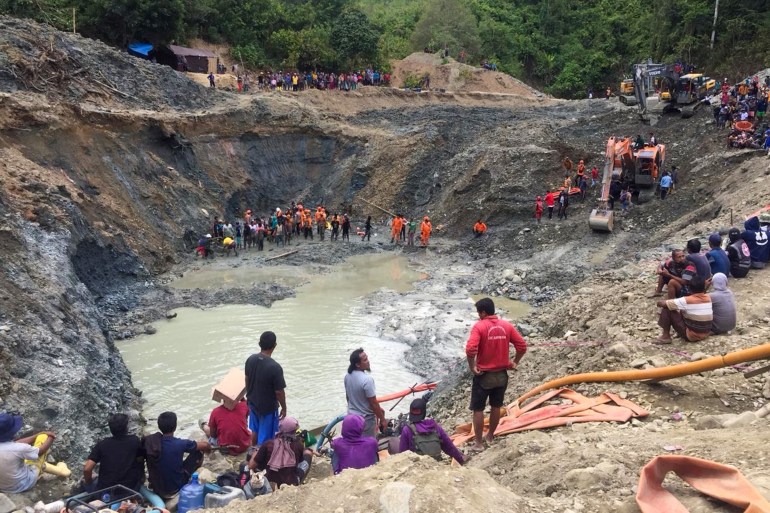 Rescue teams conduct a search for miners buried by a landslide in the village of Buranga in Parigi Moutong Regency [Lia/AFP]Illegal or informal mining operations are commonplace in Indonesia, providing a tenuous livelihood to those who labour in conditions with a high risk of serious injury or death.

Landslides, flooding and collapses of tunnels are just some of the hazards in such mining. Much of the processing of gold ore involves the use of highly toxic mercury and cyanide by workers using little or no protection.

Indonesia accounts for about 3 percent of world gold production. Most of that comes from the Grasberg mine in Papua province, said to have $40bn in reserves and up to 20,000 workers.

But small, often unauthorised mining is on the rise in many parts of Asia and Africa.

A study by the Intergovernmental Forum on Mining, Minerals, Metals and Sustainable Development found the number of people globally engaged in such mining had risen to more than 40 million, up from 30 million in 2014 and six million in 1993. 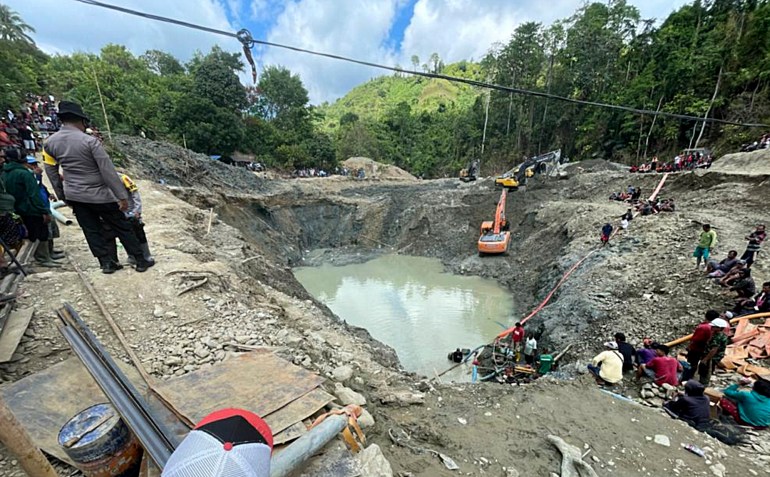