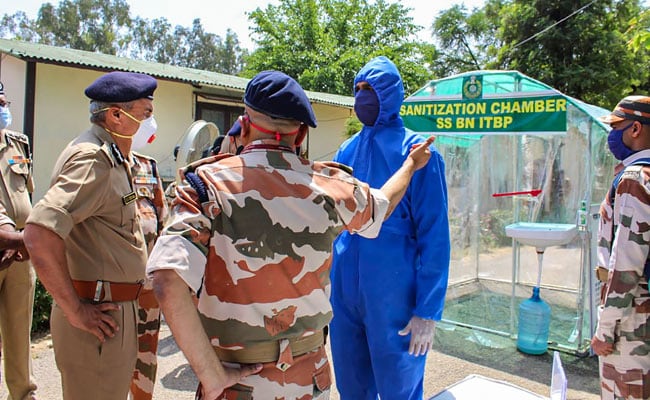 All workplaces within the containment zone will remain closed. (Represenational)

The Indo-Tibetan Border Police (ITBP) mess linked to the Home Ministry in Leh, which has housing complexes and offices of the ministry, has been declared a containment zone by the district magistrate of the area after eight coronavirus cases were reported.

"The campus has both office and residential complexes and it has been declared as a containment zone after COVID positive cases were reported," a senior officer in the Home Ministry told NDTV.

According to him, those who have been tested positive are under medical surveillance. "Some of the family members of officers had travelled to Leh from Delhi and on arrival initially tested positive," he said, adding now the entire staff in the containment area have been quarantined.

"The objective of this cluster containment is to stop transmission, morbidity and mortality due to COVID-19," the order read.

It said that for the purpose of active surveillance, the whole of the containment zone will be supervised by their own medical officers and staff nurses.

There will be a complete restriction on inward and outward movement from and to the containment zone and no relaxations will be given. The medical department will ensure the sampling of individuals as per Health Minstry guidelines.

As expected, all the workplaces within the containment zone will remain closed till further orders. Joint Deputy Director, ITBP, Leh will ensure all the contact officers and officials during the office hours will undergo strict home quarantine.

Leh has 16 active cases and Kargil 41 as on Tuesday. The newly formed union territory has ramped up its medical facilities in last few months and now ha dedicated isolation facility and dedicated COVID-19 hospital. "We have the capacity of testing 35 people every day," an officer said.